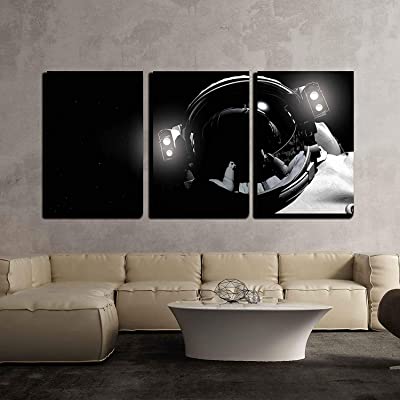 Isn’t space amazing? The vast expanse of space is filled with so many mysteries and secrets, that it’s impossible to ever truly find out everything about it. That said, scientists and researches have managed to discover quite a few things about the “final frontier”. If you’re interested in learning more about space, then this blog post is for you! Read below to find out five very interesting space wall art facts. 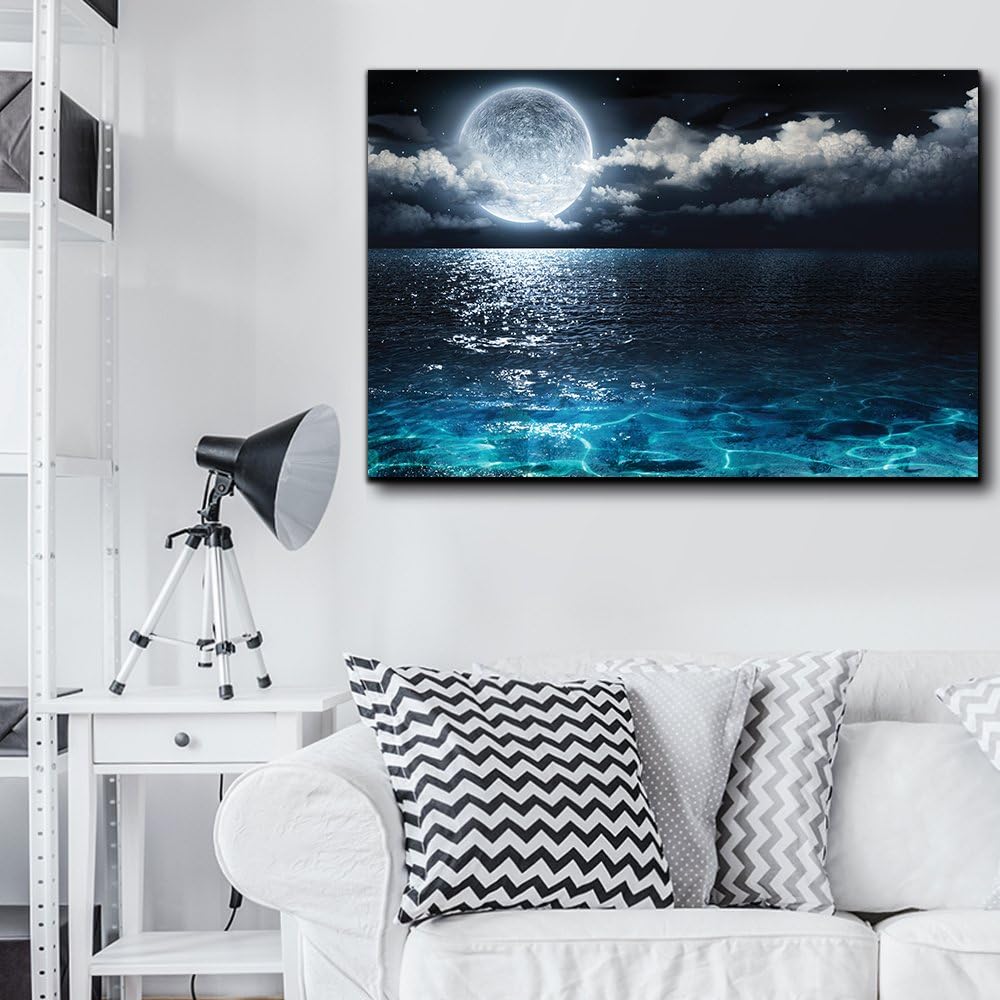 Looking for life in the vast reaches of outer space has been a distant goal for as long as space travel has existed. Although no intelligent life has been found yet, scientists and astronomers are looking for hints of life. Water is a mandatory element to creating and maintaining life, and its one of the hints that astronomers are desperately searching for. Did yo know that in 2011, astronomers found a vapor cloud, made entirely of water, floating nearly 12 billion light-years from Earth? This cloud contains more than 100 trillion times the amount of water that makes up Earth’s oceans. Who know? Maybe this water is connected to ancient living beings? Look below for the next space wall art fact! 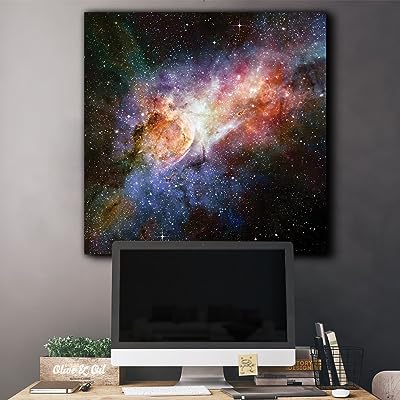 Ever gaze up at the sky at night? I’m sure you’ve seen star twinkle in and out of existence, sparkling brightly. Have you ever wondered why stars twinkle? In reality, stars don’t actually twinkle. If you were somehow standing in front of one, it wouldn’t twinkle before you. Stars only do that because of our vantage point from Earth. Earth’s atmosphere is so thick that the light from a star is refracted back at it. This causes the star’s light to make a sort of zig-zag motion, which makes it look like the star disappears for a second. Look below for the next space wall art fact! 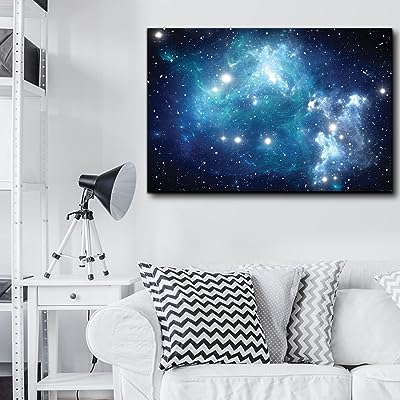 When we Earthlings think about volcanoes, what are the first things to come to mind? Red hot lava? Pompeii? Smoke Clouds? Hawaii? Yes, all of those things are definitely related to volcanoes on Earth. However, in space volcanoes function somewhat differently. There, volcanoes can spew things that they can’t on earth, namely: methane, water, and ammonia. Volcanoes that do this are called “cryovolcanoes” and they regularly erupt on Pluto and Jupiter’s moons. To this day, scientists are not sure what cause cryovolcanoes. Look below for the next space wall art fact! 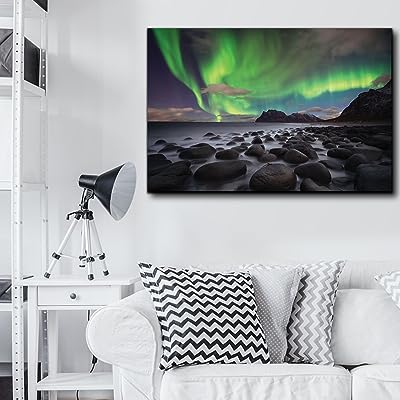 As you are well aware, all good times must come to an end. That even applies for all the good times our galaxy has had! Did you know that our galaxy, the Milky Way, is about 2.5 million light years from the Andromeda galaxy? Although these two galaxies are extremely far away, scientists have discovered that both of them are on a head-on collision course! Both galaxies are currently speeding toward each other at around 250,000 MPH. Luckily for us, the impact of these galaxies is only going to occur about 4 billion years from now. Look below for the next space wall art fact! 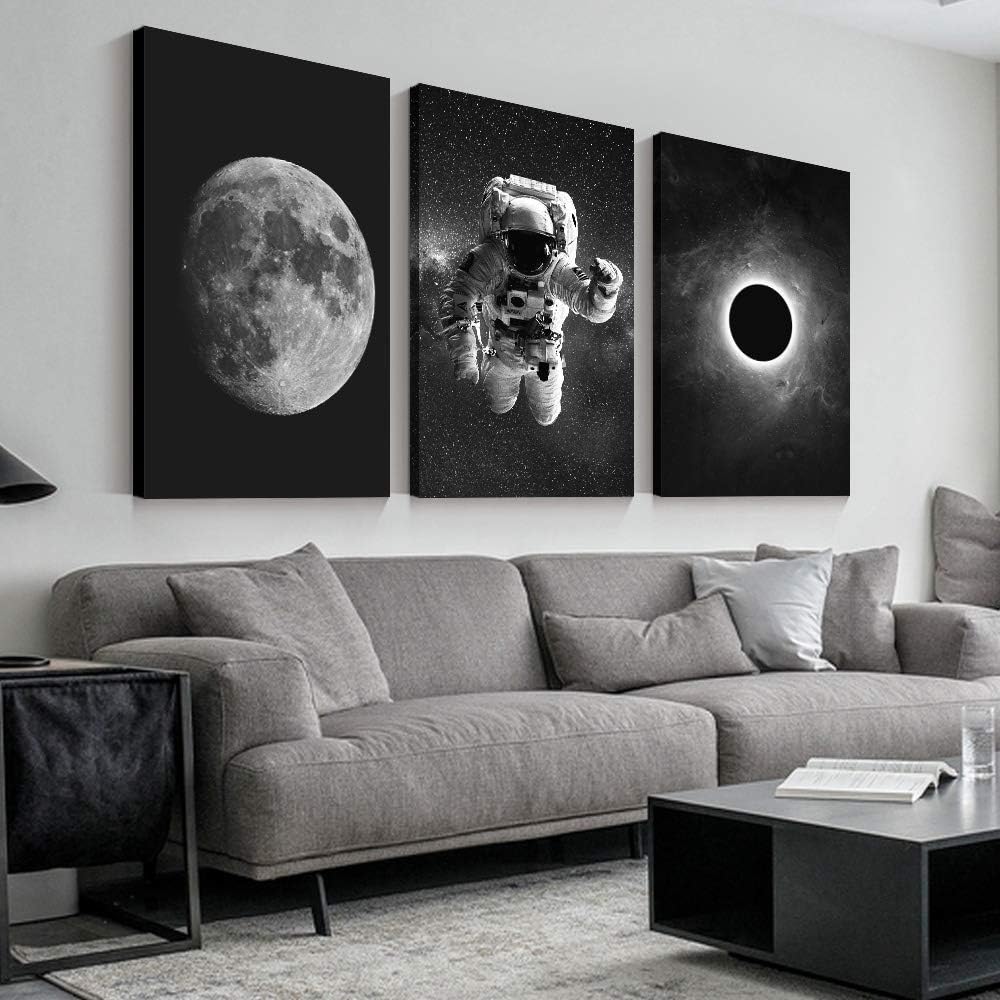 There are so many mysteries surrounding space, and it’s very possible that we will never uncover all of the secrets that it holds. Fortunately, we have many researchers and scientists who spend their lives giving us the small amount of information that can be gathered from the final frontier. We hope you enjoyed these space wall art facts!