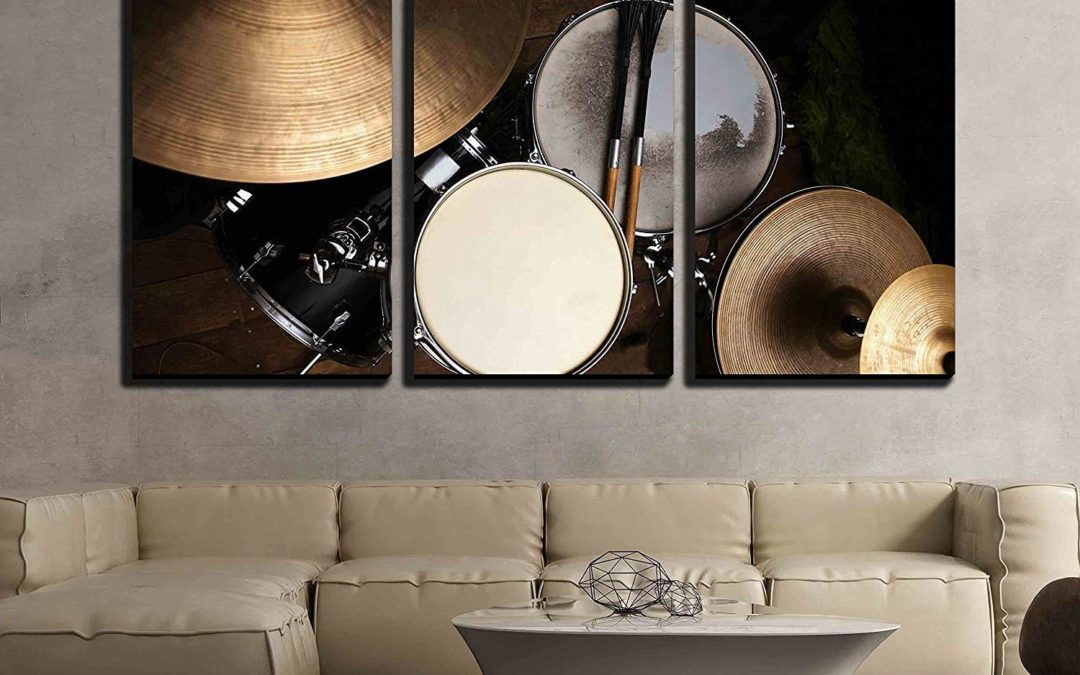 Is there a more primal music instrument than the drum? Drums quite possible the world’s oldest musical instruments, and they still rank among the favorites of practicing musicians today. Drums are a member of the percussion group of musical instruments, in other words, drums are instruments that make noise by being struck. Drums consist of at least one membrane (what a person strikes to make a sound) called a drumhead. The drumhead can be hit with a hand or a a percussion mallet to make a sound. Usually, there is a “resonance head” on the other side of a drum; this membrane is usually constructed so that it’s of a lower pitch than the top drumhead. Drums can be played individually, using just a single drum, and others can be played using a set of two or more. Are you interested in learning more? Read below for drum wall art facts! 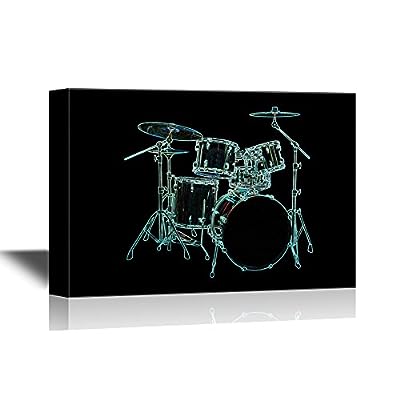 Music has been a formative part of even the earliest civilizations. Naturally, drums have existed for nearly as long as we have. The oldest drum that has been successfully recovered by archaeologists is an alligator drum dating back to 7,500 years ago. Thought to be made in Neolithic China, this drum is theorized to have been made with the aid of a hunter; the alligator was probably captured, with every part of its body being utilized for a specific purpose. Over the last several thousand years, drums have not changed much. Nearly every culture has had a drum that is physically the same: a skin or membrane stretched over a hollow, circular space that reverberates when struck. Do you think the shape of the drum will ever change? We doubt it, but who knows what the future holds? Read below for more drum wall art facts. 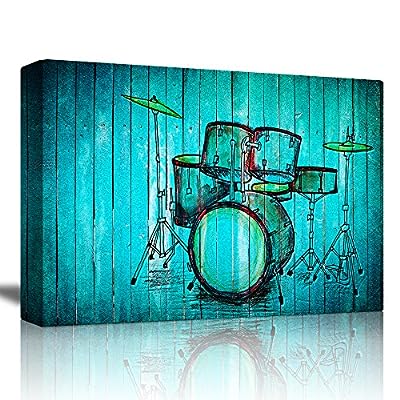 Did you know that there is no civilization, at least in recorded history, that failed to use drums? Drums have played a formative part in many societies, although they have not always been used by these societies for the same purpose. Across history, drums have been used in a variety of ways. Drums have been utilized to: announce celebrations, declare war, improve combat morale, and even to quicken the pace that rowers paddled across water. Although the drum has always been popular, there are times in history where their popularity slightly waned. For instance, pre-Renaissance Europe was one such society. The dearth of information and creativity during that period resulted in a period without much music. Read below for more drum wall art facts. 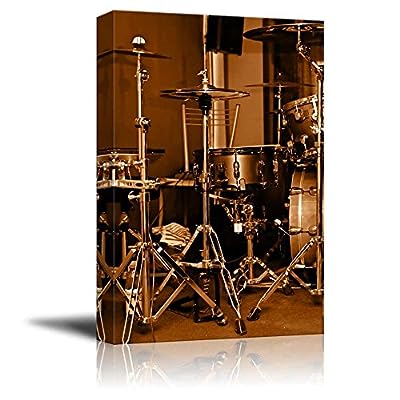 Did you know that music can heavily affect us mentally? For instance, studies have shown that listening to music when we’re down and out can often boost our moods. Music is used for therapy across the world, and can play a formative part in our mental health. That said, music can also affect us physically! Did you know that your heartbeat has the ability to sync with music? Specifically, your heart can syncopate with the rhythm of drum beats. Speeding up or slowing down, your heart can match whatever a drummer puts out. Feeling tired? Why not put on an exciting rock songs, and focus on the drums. You’ll be feeling energetic in no time! Read below for more drum wall art facts. 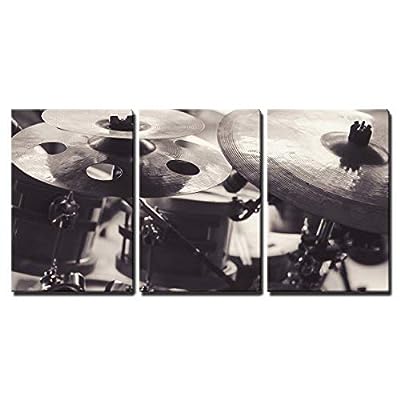 As mentioned earlier, drums can greatly benefit us mentally. Did you know that drumming actually benefits us in terms of exercise? Drumming is, believe it or not, an excellent workout. Did you know that a good drum session has the ability to burn more calories in a half hour session than cycling, weight lifting, or hiking? Wondering why? It’s because drumming involves the movement of several body parts and muscles at once. The muscles in your arms and back are constantly undulating and twisting as you drum, making it a full upper-body workout. Were you aware that people have even started making exercise classes based on drumming? Read below for more drum wall art facts. 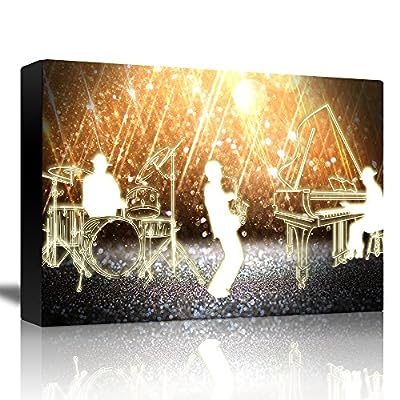 Ever wondered who holds the world record for the most drum beats in a minute? That accomplishment belongs to Siddharth Nagarajan, from India. He decimated the previous world record by recording a momentous 2,109 beats in a single minute. Siddharth is a professional drummer and used a special, alternate single drum pattern to achieve the world record. Wondering about the mathematical aspects of his world record? Well, his 2,109 beats roughly translates to around 35 beats per second! His record was achieved in 2017. Do you think he’ll ever be topped? Did you enjoy reading these drum wall art facts?

The drums are some of the most popular instruments in the world. Now that you know a little more about them, are you interested in trying some out for yourself? Why not start with a single drum? Maybe if you’re feeling fancy, you can even get a pair of bongos! Whatever you do, we hope you enjoyed reading about these drum wall art facts!