Elephants are as intelligent as they are majestic. Existing as the largest land-based mammal on Earth, their existence can sometime be difficult to fully comprehend. Aside from their physicality, elephants have been studied for years due to their advanced forms of social development and communication. This sharp divergence from many other mammals, in terms of intelligence, is what has sustained interest in learning more about them over the last few hundred years. If you’re interested in learning more about this unique creature, read below for some very interesting elephant wall art facts. 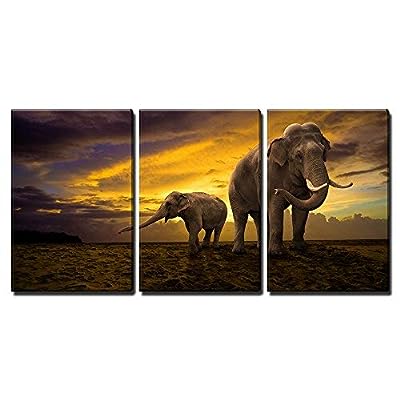 Elephants are gargantuan, and due to evolution they have only become more complex over time. The elephant trunk is a result of thousands of years of gradual change; it’s actually a fusion of an upper lip and a nose. An elephant’s trunk weighs around 290 pounds on average and has many uses: fighting, picking up objects, or comforting loved ones. Elephant tusks are made of ivory, and grow on both male and female elephants. Tusks are actually elongated teeth that protrude from the mouth of the elephant. These tusks are highly valuable, which makes elephants prime targets for poaching. Read below for more elephant wall art facts. 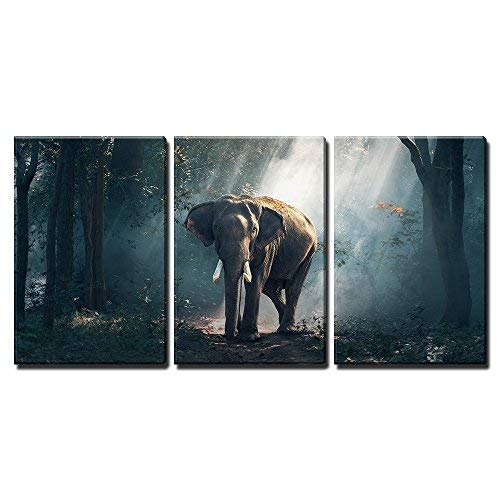 Over time, elephants have developed to become intensely social animals. Preferring to live and travel in large groups, elephants are well-known for forming strong family units that endure for elongated periods of time. Most herds of elephants are led by a “Matriarch”, who is often the most senior female. The matriarch leads herds that are usually mainly composed of her offspring. Male elephants often splinter off from female groups and start their own families with other males. Read below for more elephant wall art facts. 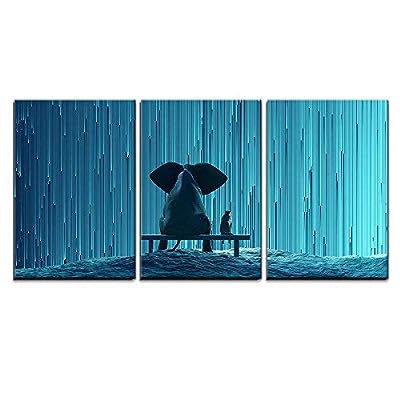 Considering that elephants are highly social animals that live in herds, it is only natural that they have developed several methods for communications. Much like humans, elephants enjoy talking to each other with a range of different noises. Their methods of communication have long been studied; in fact, around 70 different noises have been identified amongst elephant researchers. These noises have been theorized to express emotions like panic and love. Elephants even have the ability to emit a low frequency sound that only other elephants can hear. 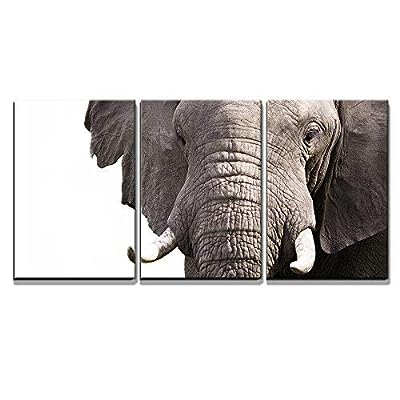 Reproduction is an important part of every species; making new life is how the world keeps functioning! Female Elephants take 15 to 16 years to reach “puberty” and become able to carry a baby elephant to term. The human gestation period is 9 months, which many consider to be lengthy. In comparison, the elephants gestation period is much longer: 22 months! Male elephants take until around 30 years of age until they are able to reproduce, which makes them much older than their usual partners. Read below for the next elephant wall art fact.

Due to the extremely long gestation period that female elephants have. it stands to reason that baby elephants, called calves, are highly developed straight from the womb. They have the ability to walk, eat and hear quite easily. In fact, the only way for an elephant to feed is by standing on its legs. If a calf does not learn how to do this within hours of being born, they are often left behind which results in their death. Their vision is slightly impaired, which means they often stick close to their mother and the rest of the heard for guidance and warmth for the first several months of their lives. Did you enjoy these elephant wall art facts?

Elephants are truly one of the most complex mammals in existence. The fact that they are so similar, yet so completely different to humans is why interest in their lives has endured for so many years. We hope you enjoyed these elephant wall art facts!