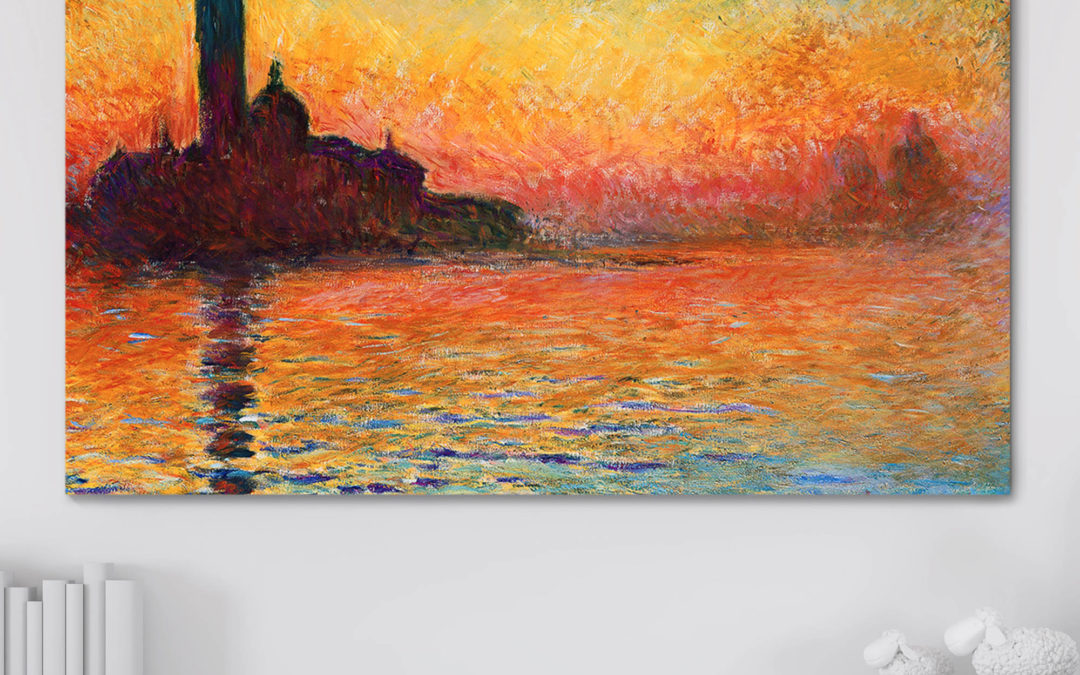 Claude Monet (1840-1926) was one of the most important leaders in the Impressionist art movement that completely revolutionized the world during the 19th century. Throughout his storied career, Claude Monet illustrated provincial life in Paris as well as French landscapes and environments. His influence after death was felt through the rise of the 20th century Modernist movement and still reverberates around the art world today. 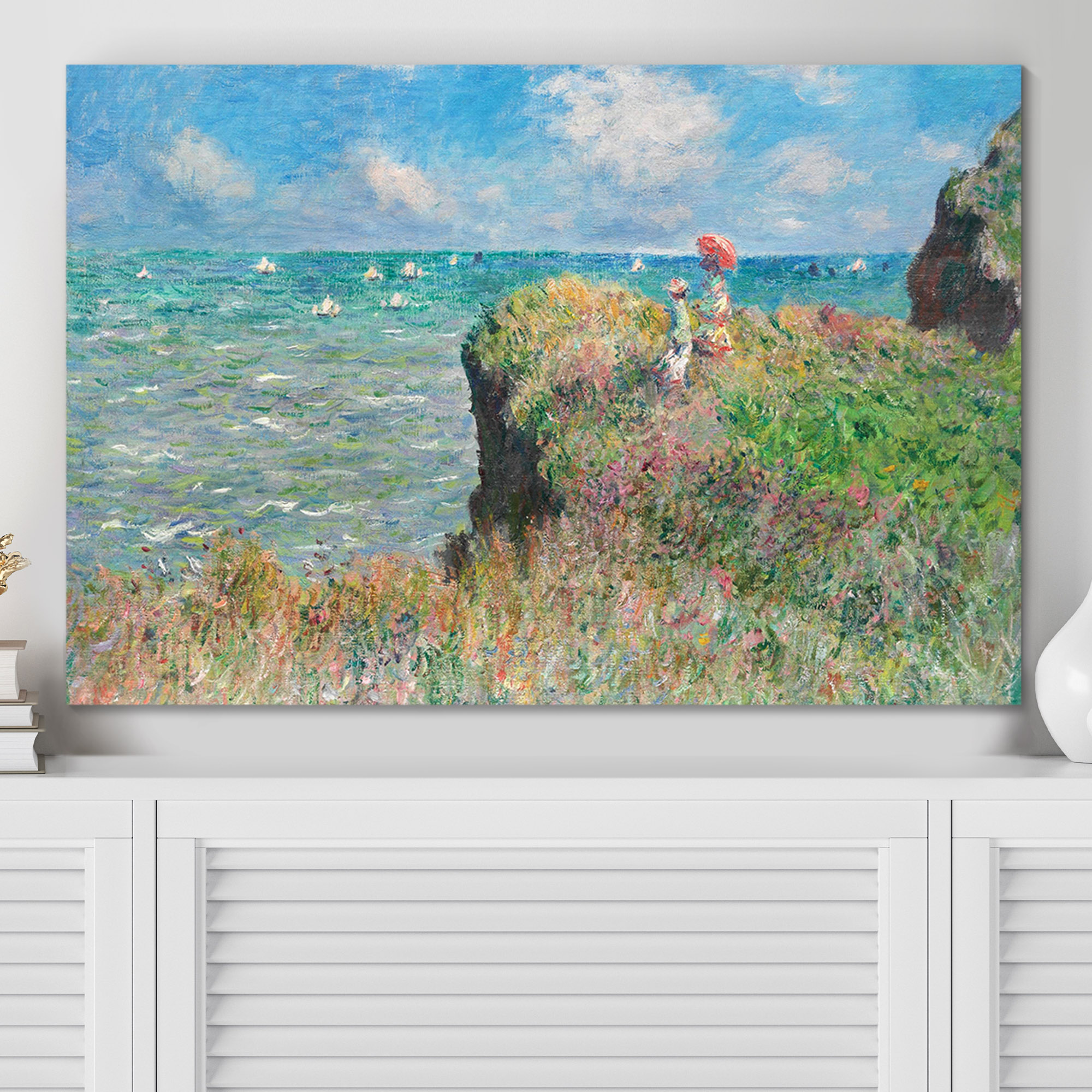 Claude Monet painted this beautiful landscape environment partly out of stress. He was extremely nervous about an upcoming Impressionist movement exhibition, so he decided to see if he could alleviate his stress by going on a retreat to Normandy, a coastal region in France. Monet settled in the countryside fishing village of Pourville, where he found inspiration on a local cliff. He saw two women strolling on top of it one day, and decided to create a painting to capture the moment. Look below to see the next Monet painting. 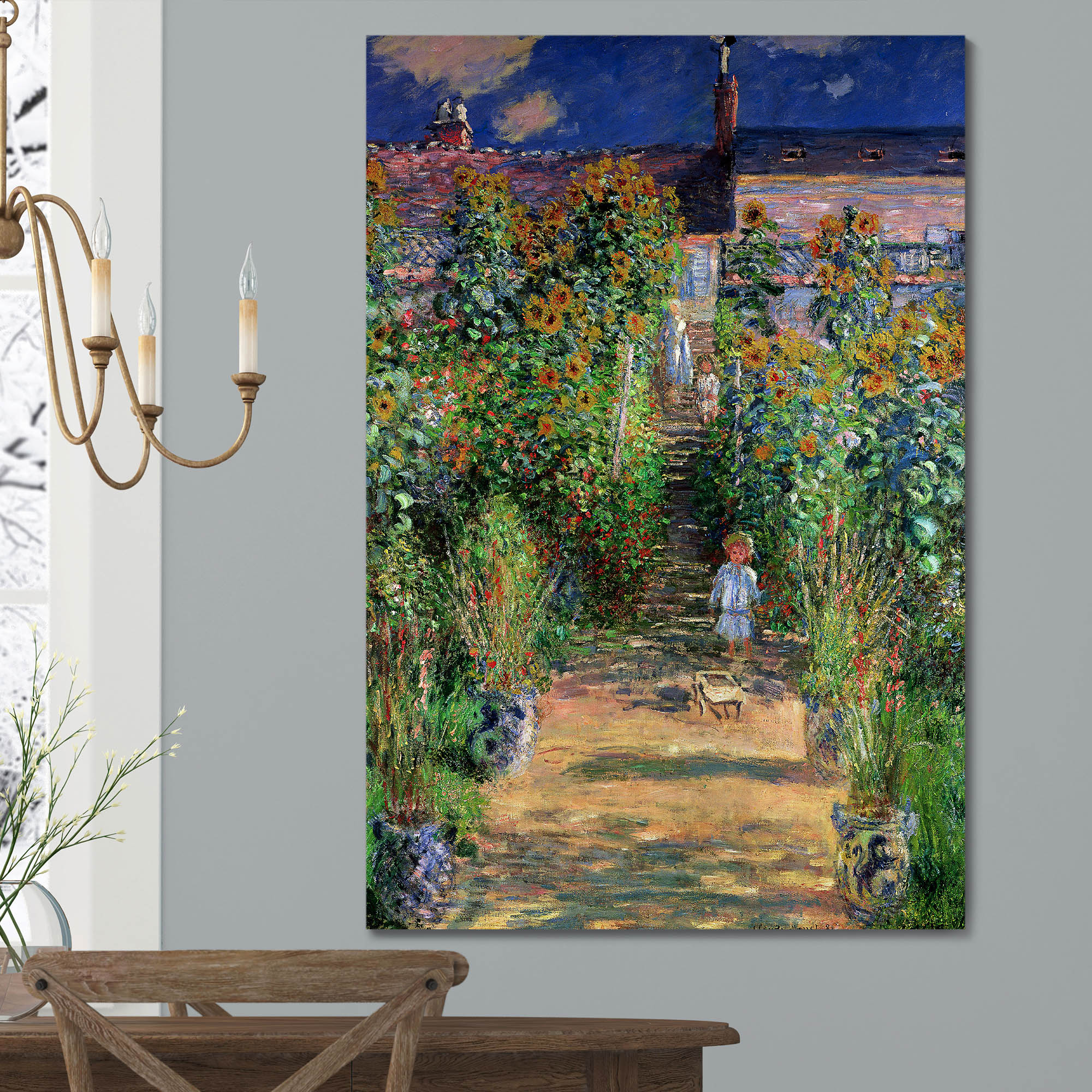 Monet found relaxation by planting gardens wherever he decided to settle. During his career, he often rented many houses for changes of scenery. When he rented a house in Vetheuil, France, he decided to plant a garden with the help of his young son and other family members. This painting depicts two Monet signature touches; humans painted with very tiny details on the face and lush, richly colored vegetation. Look below to see the next Monet painting. 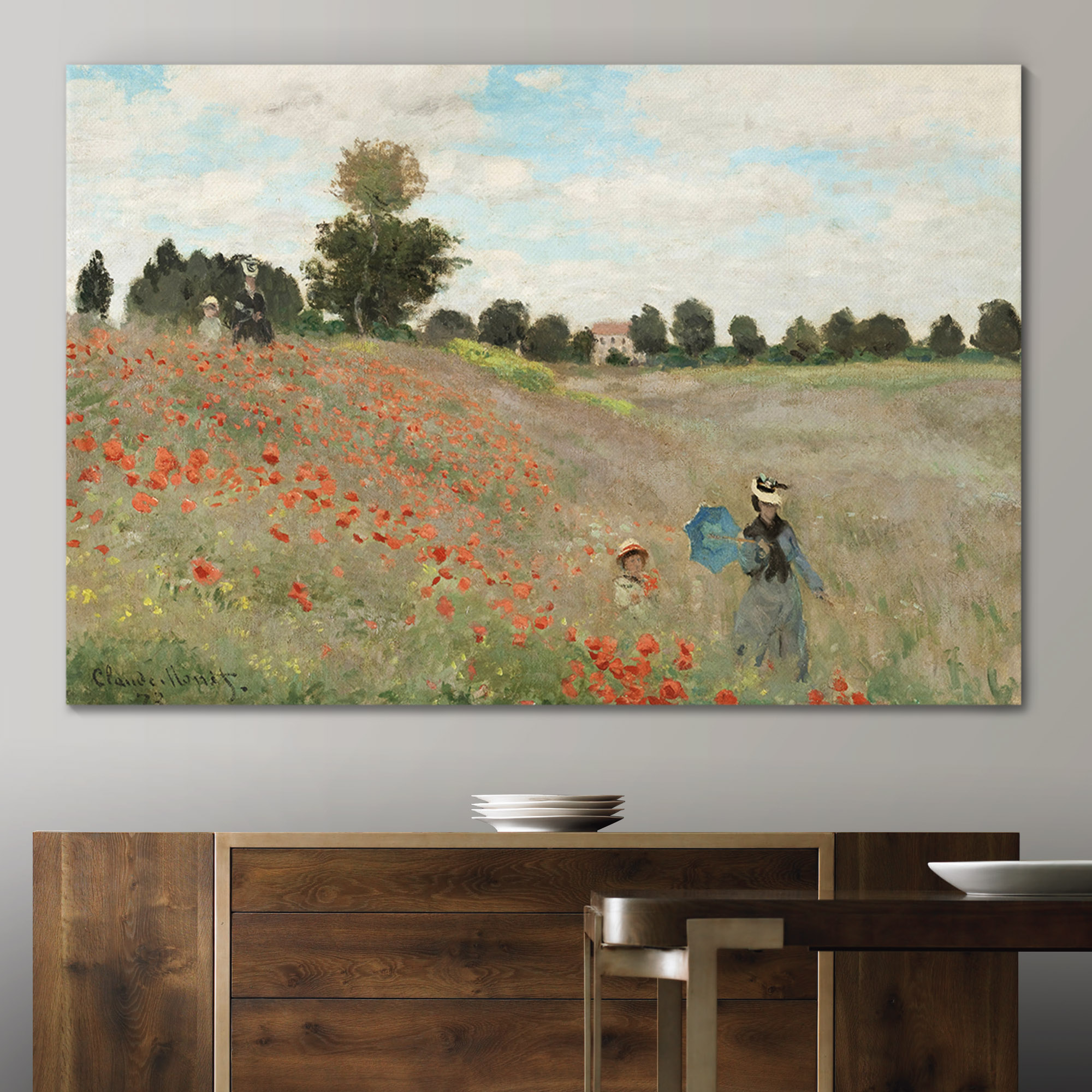 After a brief hiatus in England, Monet returned to France in the city of Argenteuil and lived there until 1878. While there, Monet experienced one of the most productive moments of creativity in his career. Living next to poppy fields, Monet decided to illustrate them as he saw them. Monet was so pleased with this painting that he decided t show it off at the first Impressionist exhibition which was held in a photographer friend’s art studio in 1874. Look below to see the next Monet painting. 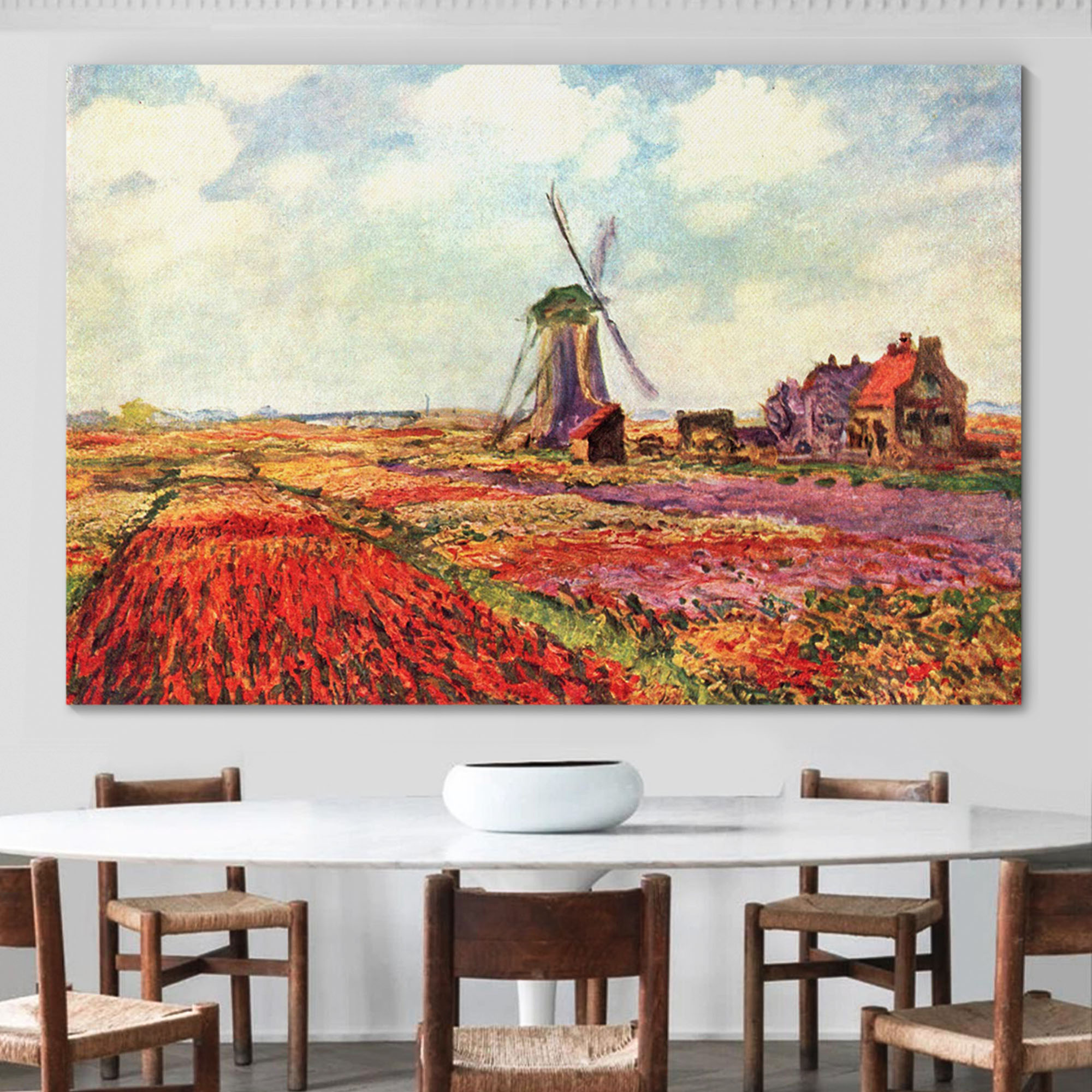 During the Spring of 1886, Monet took a trip to Holland. Although he was extremely familiar with painting environs with flowers and other sorts of vegetation, he was in awe of this particular landscape. Usually, the flower scenes he depicted were simple; in other words, he usually painted scenes of small gardens or large, wild fields that were untouched by human hands. When he got to Holland, it was the first time that he’d seen flower fields planted in a crop-like arrangement. The highly organized flower fields were extremely stimulating to him and looked geometric in their composition. Look below to see the next Monet painting. 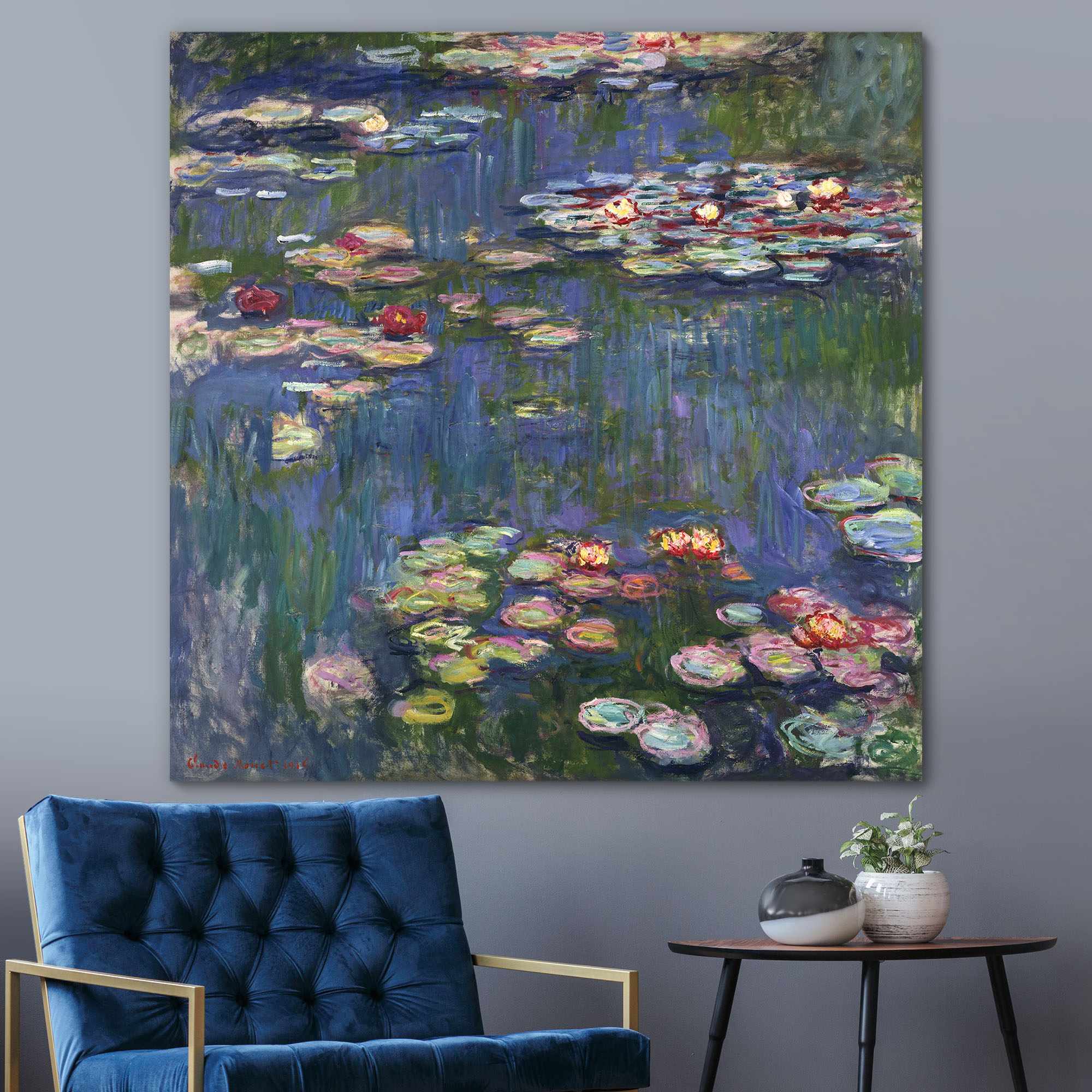 This is the moment you’ve been waiting for! Wall26 saved the best for last! Claude Monet’s name is synonymous with one subject; water lilies. From the start of his career, Monet was obsessed with making and exhibiting paintings in a series; essentially painting and displaying the same subject in different ways over and over again. In 1896, Monet started his water lily paintings, partly inspired by Japanese art and architecture. These water lily paintings made such a huge impact that in the 1920s, France built two oval rooms at the Musée de l’Orangerie solely for exhibiting eight water lily murals. Did you enjoy looking at that Monet painting?

Claude Monet, the father of Impressionism, was unmatched in his field. Creating extraordinarily gorgeous vistas and environs, Claude Monet was somewhat different from other artists in his field. Claude was adored and appreciated during his life, and his art was revered by common folk as well as government officials. Which Monet painting is your favorite?