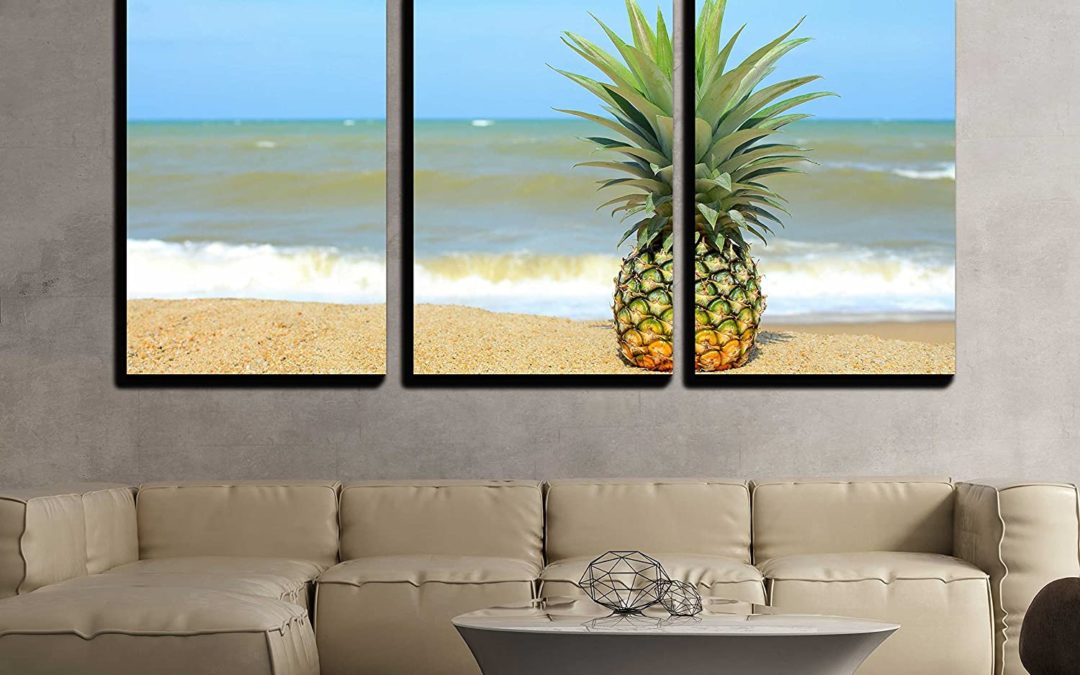 When you think of the word “tropical,” what food do you most commonly associate with it? If you’re like us, you immediately think of pineapples! The pineapple is one of the most delicious, mouthwatering fruits in existence. It’s taste is matched by its versatility, too; pineapple is wonderful prepared in both savory and sweet recipes. Another thing that makes the pineapple so well known is its iconic shape; no other fruit has a similar silhouette to the pineapple’s pinecone shape. Wondering where the pineapple got it’s name? The word was first recorded in English in 1398. Back then, “pineapple” referred to the reproductive organs of the pine tree. It isn’t exactly clear when the pineapple name transferred to the fruit, but we’re glad it did! Interested in knowing more about this acidic fruit? Read below for more pineapple wall art facts! 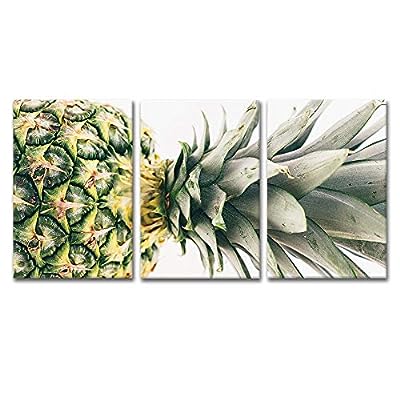 If someone were to ask you where pineapples originated from, what would you say? If you’re like us, you’d definitely shout “Hawaii!” Pineapple is closely associated with the state because it was a central hub for pineapple production throughout the 20th century. That said, pineapples did not actually originate from Hawaii. According to research, the pineapple originated in a region between Argentina, Paraguay and Brazil over 1,000 years ago. Although many American companies ramped up domestic pineapple farming and shipping in Hawaii during the 1900s, today only 10% of pineapples from there! Due to the modernization of transportation networks and refrigeration methods, pineapple is safely shipped from Costa Rica, the Philippines, Indonesia and Brazil. Read below for more pineapple wall art facts. 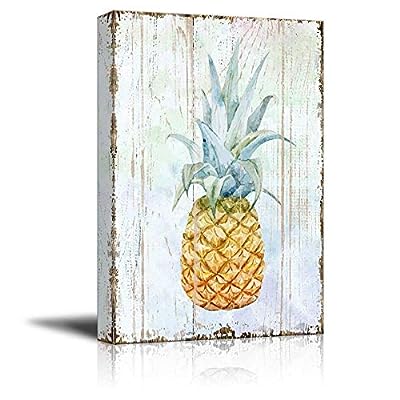 As previously stated, pineapple is often praised for its culinary versatility. For example, pineapple is often baked for pineapple upside-down cake just as often as it’s used as a topping on pizza. That said, pineapple does not pair well with everything. Specifically, many scientists have conducted studies on the way that pineapple and milk interact. It has been found that the proteolytic enzyme within pineapple has the ability to break down proteins called casein. Casein the formative protein of milk from all animals. When the enzymes in pineapple break down casein, the milk’s flavor completely changes; it usually transforms from a more neutral flavor to one that is extremely bitter. That said, it does take some time for pineapple’s enzymes to completely break down casein. If you’re eating a dessert that combines milk and pineapple, make sure that you consume it fast! Read below for more pineapple wall art facts. 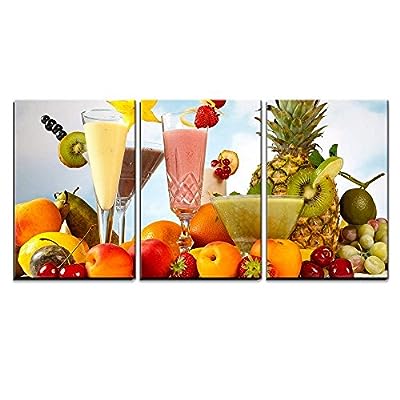 Pineapples are renowned for their distinct look. The odd, pine cone shape in combination with its strange spiky skin has left an indelible impression on humanity ever since we’ve discovered it. Did you know that according to gardeners, pineapple actually makes for a great houseplant? First, remove the pineapple’s spiky green crown. Twist it off in one quick motion, similar to how you’d wring out a wet towel. Once the top is removed, save it and let it dry out in a warm spot for several days. Next, remove the bottom leaves from around the base of the crown, so that you are only left with a stem. Now, fill a large pot with soil, dig a small hole in the soil center, and then plant the pineapple top within the hole. Place the pot in a sunlit area, and water the soil regularly. Within two months, your pineapple plant should be growing healthily! Read below for more pineapple wall art facts. 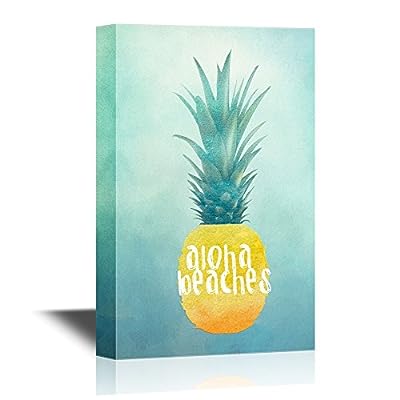 Fruits can often be used to symbolize things in art and culture. For example, the apple has many connotations due to its close association with the bible. Did you know that pineapple was also once a special symbol? During the age of exploration and colonization, pineapple became highly valued. Christopher Columbus, acclaimed for being the first European to discover America, first brought pineapples to Europe from Guadeloupe (an oceanic territory consisting of several islands) in the late 1400s. The fruit became instantly popular amongst the ruling class of Spain, and thus became very much in demand. By the 17th century, colonization made it possible for regular shipments of pineapple to be possible. That said, pineapple was only possibly to attain if you were wealth. For example, imported pineapple from the Caribbean during the 1700s could fetch for a price equal to around $8,000 in today’s dollars. Read below for more pineapple wall art facts. 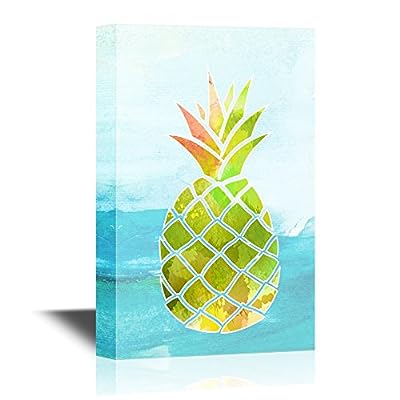 You can’t create an article about pineapple and fail to mention one of the most contentious things about it. For decades, people have argued about whether pineapple belongs on pizza. Before we get into our own personal tastes, it’s important to understand the origin of pineapple on pizza. This flavorful combination originally began in a town in Canada, specifically in Chatham, Ontario. An pizza parlor owned by a Greek-born man named Sam Panopoulous was making pizza one day in the early 1960s, and decided to throw pineapple on it just to satiate his own curiosity. His experiment was successful; he enjoyed it and decided to place it on his menu. Once he started offering it to customers,  the pizza exploded in popularity and send influential ripples throughout the world. Did you enjoy these pineapple wall art facts?

Pineapple is one of the most delicious and storied fruits on the planet. IF you haven’t why not try pineapple as an ingredient in cocktails? If you’re not a drinker, you can char it on the grill the next time you decide to barbecue. Or, why not dice and mix it into a salad? If you’re feeling adventurous, you could even blend pineapple into a milkshake as long as you make sure to drink it fast! Whatever you decide to do with pineapple, we’re sure that it’ll be delicious! We hope you enjoyed reading these pineapple wall art facts.