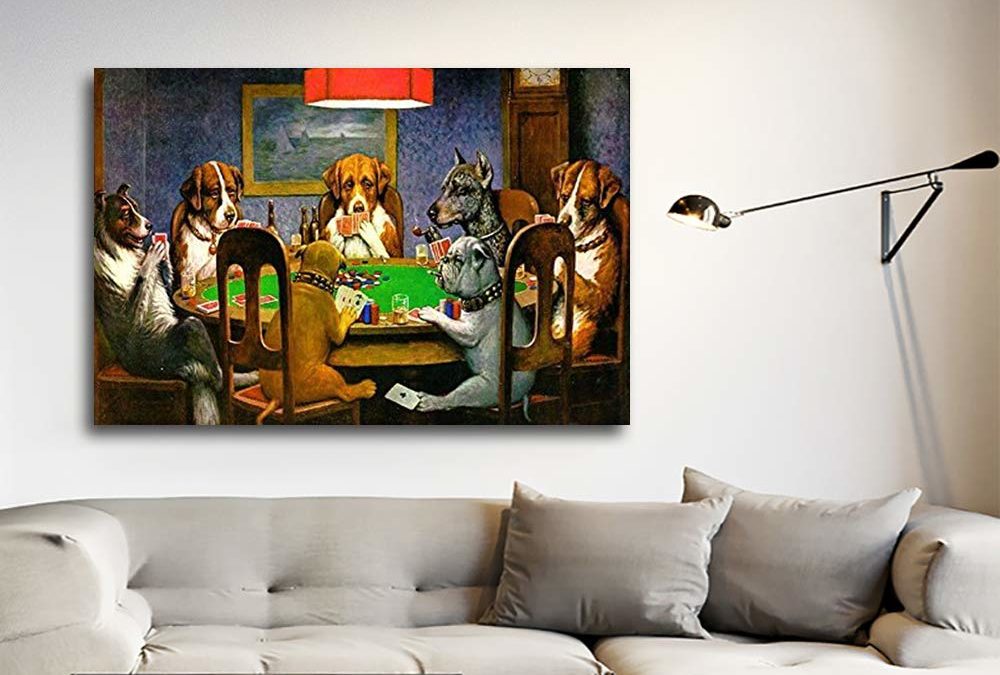 If you were to travel around the world and ask people what their favorite kind of pet is, what do you think would be the most common response? If your guessing “dog,” then you’d be correct! Research has shown that dogs are the preferred pets around the world. Does that really comes as surprise, though? Domesticated from ancient gray wolves nearly 25,000 years ago, dogs have been important parts of human culture. Bred to be both workers and companions, the importance of dogs across history can not be understated. That said, dogs are still quite mysterious. Since they can’t communicate with us through words, their actions and behaviors may seem odd and unsettling at times. Do you ever wish you were able to better understand dogs? Well, we have some information that may help! Read below for puppy dog wall art facts! 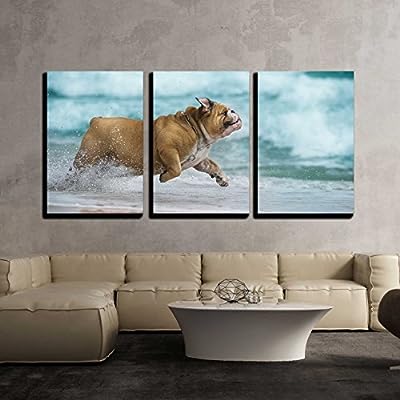 As previously stated, most dog breeds descend from gray wolves that roamed Earth several thousand years ago. Wondering how the domestication process first began? During that specific time period, ice sheets covered most of northern Eurasia and the climate, on average, was much colder and hostile than it is today. This fact is paramount to understanding how dogs came to be domesticated. The cold temperature inhibited when and how often both humans and animals could hunt. Whenever the weather was hospitable for hunting, both humans and animals would gather food at the same time; essentially, both humans and animals were competing for nourishment. Thanks to the power of the human brain, we were often successful in our hunts. Wolves, however, were not. Research indicates that our compassion toward wolves led to us feeding them spare meat, bones and entrails that we did not use. Humans did this regularly enough, that wolves began to trust humans and, eventually, completely depend on them. Read below for more puppy dog wall art facts. 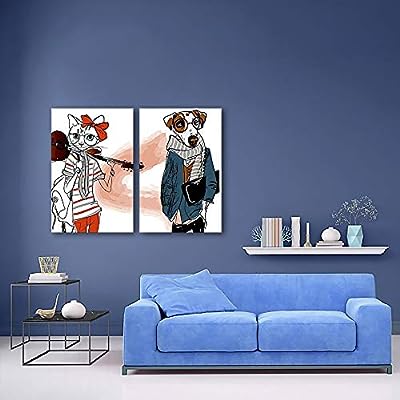 Did you know that dog ears are good for more than just scratching and rubbing? Dog ears are actually quite complex! There are 180 muscles on and around the ear that allow them to be moved in a myriad of intricate ways. Ever wondered why your dog angles its ears in different directions? The unique curvature of their ears allows them to pick up different sounds and frequencies depending on how their ears are adjusted! Dog ears also work differently depending on dog size. In general, dogs can detect much higher frequency sounds than humans can. This special trait is magnified if a dog is small; the smaller a dog’s head is, the higher the frequencies it can pick up in each ear! So if you’re dog ever seems to be listening to something you can’t hear, it’s probably because the specific sound they’re listening to is out of your frequency range! Read below for more puppy dog wall art facts. 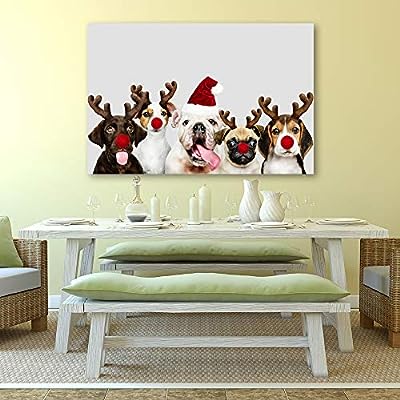 Everyone knows the specific, much dreaded moment of daily dog walking. Every time your dog uses the bathroom, it’s slightly embarrassing! Sometimes your dog urinates on something they shouldn’t! Even worse, sometimes they may defecate on someone’s lawn! We always do our best to clean things up after them, but its still always a bit annoying! That said, there are some important facts to know about dogs going to the bathroom. Dog urine contains specific scent markers that inform other dogs of its presence, dominance and reproductive availability. Male dogs lift their legs as high as possible when they urinate so that their scent travels far and wide. Have you ever scene your dog try to “cover” its tracks after using the bathroom by clumsily kicking back grass and dirt over their soiled territory? Many people think they’re trying to hide their dirty deeds, but this isn’t true. Dog have glands located in their paws; when kicking their paws back near their urine or defecations, they essentially mark their territory even more. Read below for more puppy dog wall art facts. 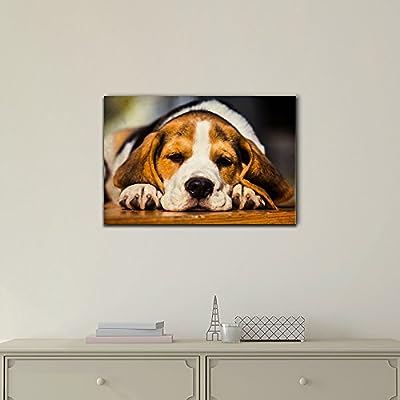 Everyone loves dogs! Both men and women, throughout history, have enjoyed the companionship of furry friends. That said, there dogs can often react differently depending on the sex of their owner or the sex of the people they are around. The large majority of dogs respond well to women and children of both sexes, but the same can’t be said for men. Being afraid of men is one of the most common fears that dogs have. Why? Many dogs, unfortunately, have experienced abuse from male owners. Other dogs simply fear men because of their size and deep voices. Did you know that dogs even act differently during walks depending on the sex of the person walking them? Studies have shown that when walked by males, dogs are four times more likely to either attack or bite another dog! Subconsciously, men may walk around with a more “dominant” presenting posture than women or children, which dogs pick up on. Read below for more puppy dog wall art facts. 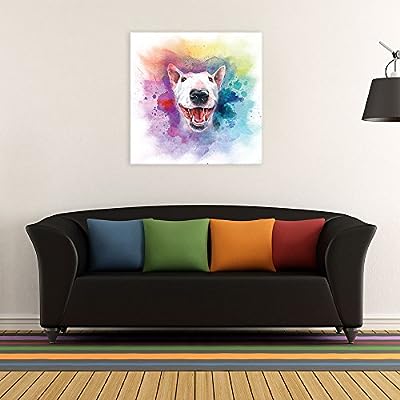 Dogs are among the cutest animals in existence. Big ears, wet noses, and soulful eyes are endearing traits that many dogs have. Naturally, we want to cuddle, rub and hug them as much as possible. That said, dogs have feelings and emotions much like humans. Hugs are things that we commonly give to other people, and sometimes we even give them to our animals. That said, if you’re planning on giving your dog a hug, you probably shouldn’t! Wondering why? Well, dogs view receiving a hug as a sign of dominance. Putting an entire limb around a dog tells them that you want to control them in some way. It’s unfortunate, but true! If you want to give your dog some physical affection, simply scratch their ears or head! Or, you can try one of their all-time favorites. Belly rubs! Did you enjoy these puppy dog wall art facts?

Now that you know so much about dogs, how do you feel? Are dogs seem even more mysterious than they did before? Do you feel like you have the ability to understand your dog better than you once did? Are you read to apply some of the things you learned today once you see your dog again? Whatever you take from this article, we hope you found it enjoyable and informative! Who knew that our canine companions were this complicated? Thanks for reading these puppy dog wall art facts!