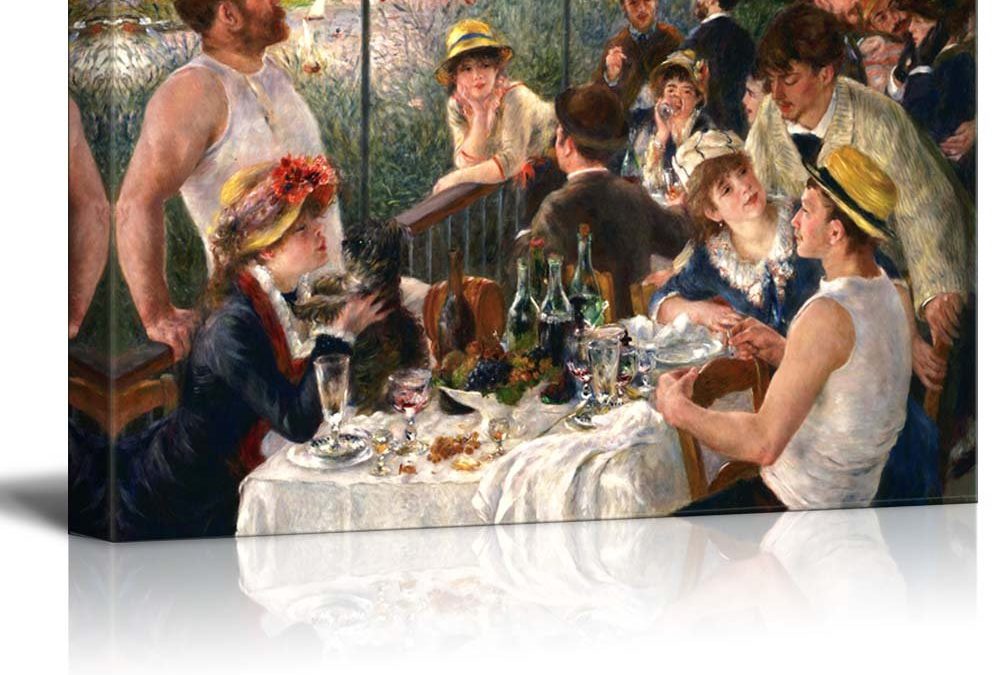 Born on February 25th, 1841, Pierre-August Renoir is a French painter who is commonly associated with the revolutionary Impressionist movement. His earliest artworks are composed of  natural images from life, though done in an Impressionist style. Oftentimes, they were done with vibrant colors that sometimes did not exactly reflect 1:1 authenticity with real subjects. As he aged, he became more dogmatic in his approach to his work. His later artwork is more disciplined and more naturalistic compared to his earlier paintings. Humans are drawn with more accuracy, and their surroundings were drawn to match. Look below at some of Renoir’s art and some Renoir wall art facts!

Luncheon of the Boating Party 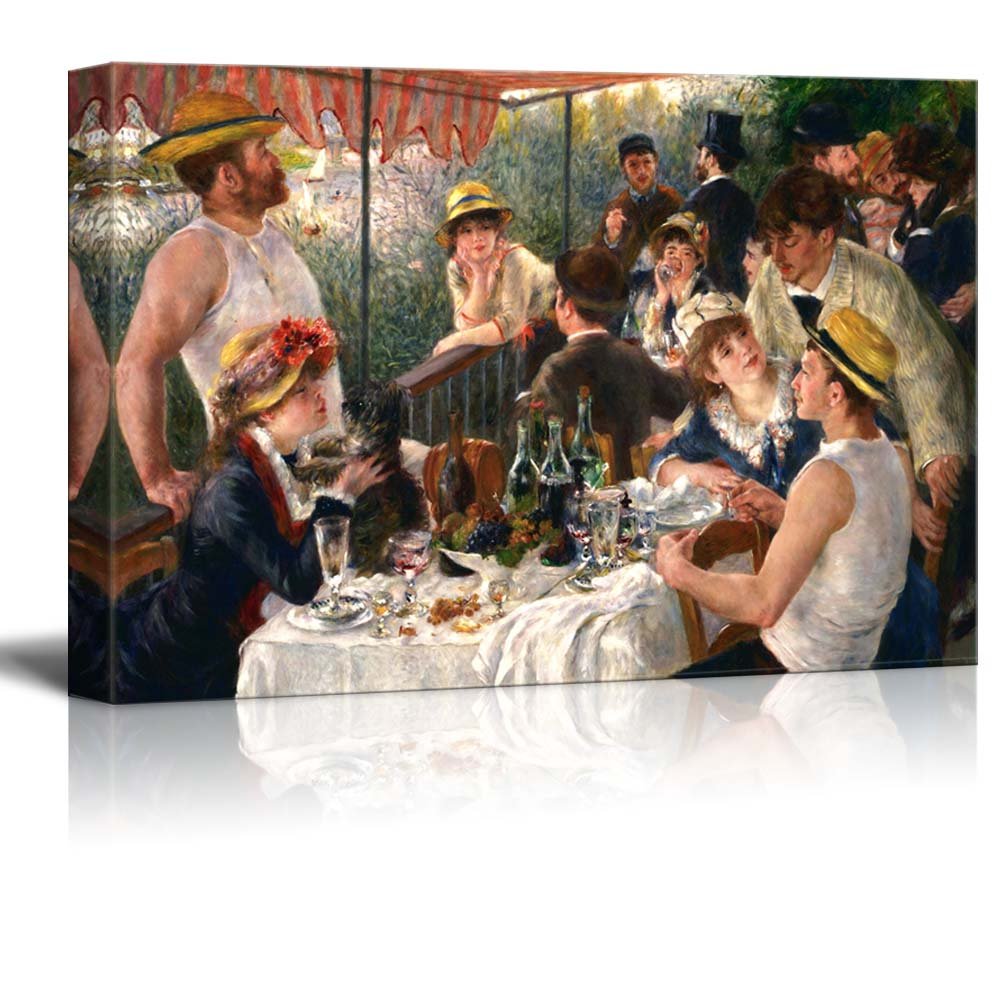 Painted in 1881, Luncheon of the Boating Party is a notable artwork. First exhibited in the Seventh Impressionist Exhibit in 1882, it has since gone on to be one of the most renowned works of Renoir’s oeuvre. The painting is notable for  combining life-like figures and still life portraits of fruit and drink with a landscape background. The artwork depicts many of Renoir’s actual friends in a restaurant on the Seine river in France. Look below for the next Renoir wall art fact! 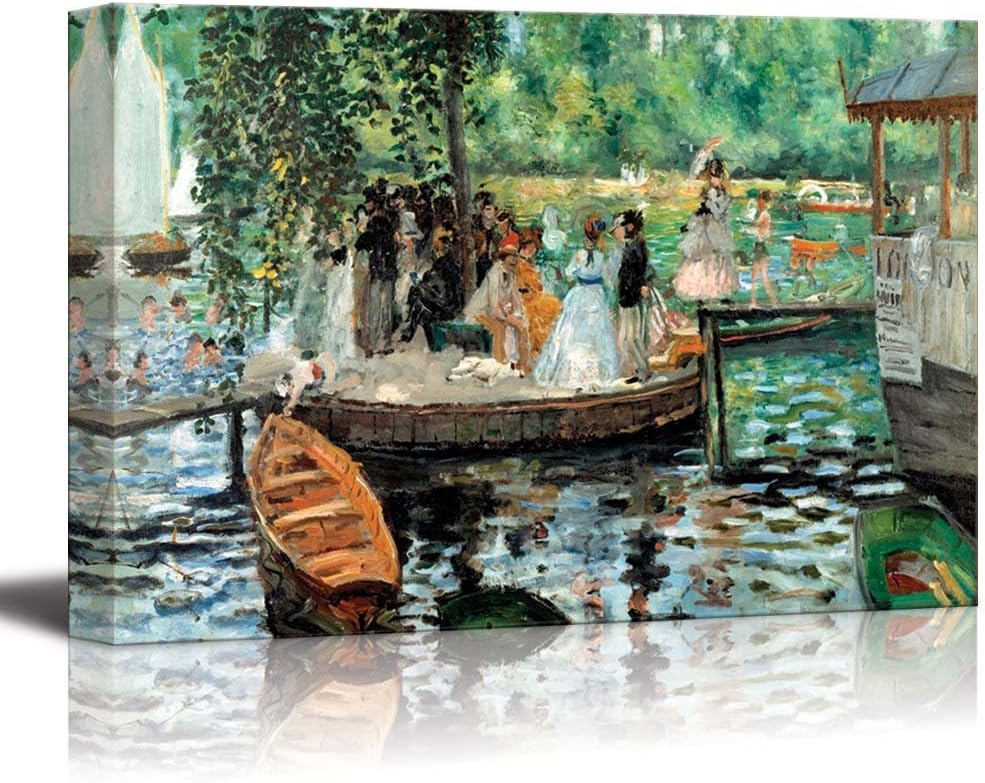 Painted in 1869, La Grenouillère depicts people standing on a small, manmade island in the middle of a lake. This painting is especially remarkable because it was done during the very early days of Impressionism. It highlights and upholds the base ideals of the movement with perfect clarity. The painting is sketch like, and only barely hints at basic ideas like lighting and movement in the water. Although the painting looks remarkable today, many who lived during that time period thought it looked unfinished! Look below for the next Renoir wall art fact! 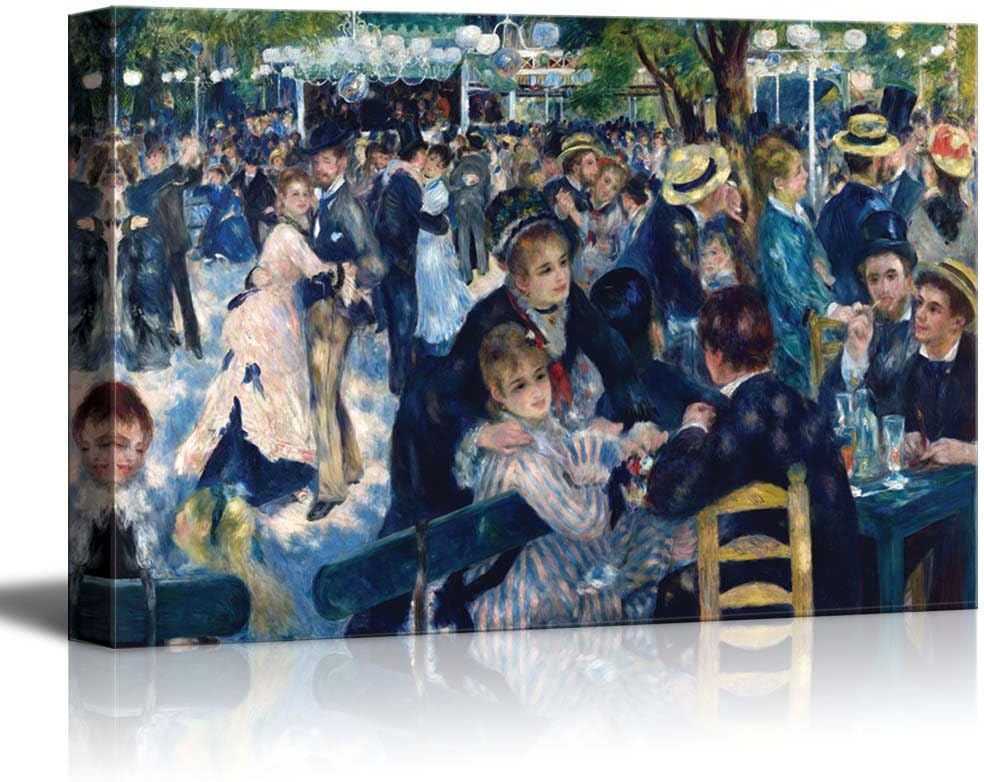 Painted in 1876, Bal du moulin de la Galette illustrates a Sunday gathering at the Moulin de la Galette in Paris. At the Galette, Parisian would treat it as a communal place where they could talk and eat pastries for several hours. This painting is notable because it depicts Renoir’s strengths as their peak. Most arresting is the way he drew light. Instead of drawing an actual light source, Renoir instead painted light spots throughout the painting, implying light shining through trees rather than actually showing it. Look below for the next Renoir wall art fact! 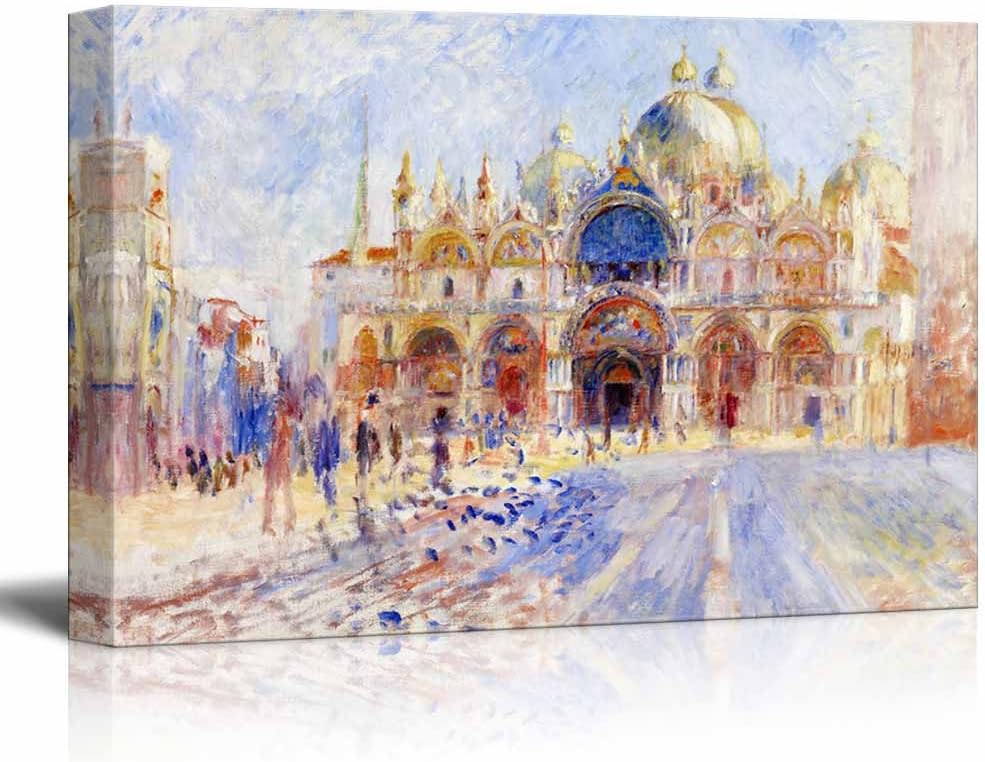 Painted in 1881, Renoir found inspiration while on vacation. Stopping in Venice, he was immediately taken by the Piazza San Marco. This painting is notable amongst all of his works due to its unfinished nature. Although Impressionism was often criticized for looking “unfinished”, many people found that to be one of the movement’s most alluring qualities. However, this painting is definitely unfinished even by Renoir’s standards! This painting never received a proper studio working, thus preserving all of the original sketch-like brushstrokes it has always had. Look below for the next Renoir wall art fact! 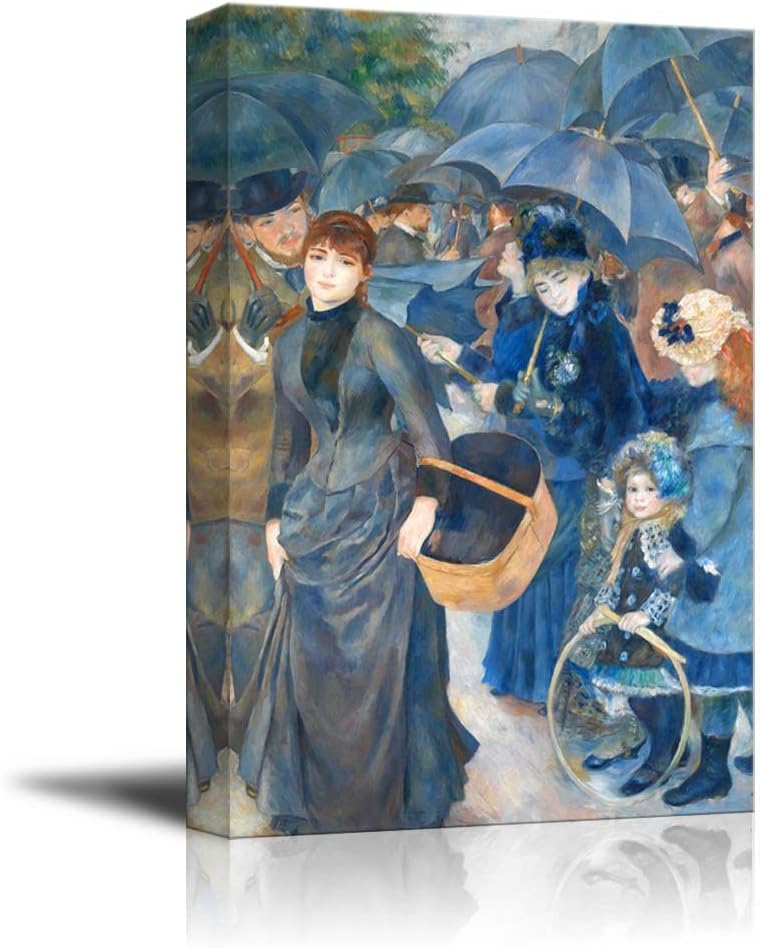 Painted throughout the 1880s, The Umbrellas is renowned for exhibiting Renoir’s detachment from the Impressionist movement. Although an innovator who popularized Impressionism, Renoir grew tired of the style and branched out into different ways of painting. The Umbrellas depicts a group of people, mostly dressed in shades of blue, holding umbrellas. As opposed to the sketch-like quality of his older work, The Umbrellas has highly defined details. Faces are drawn in detail, with visible eyes. Texture is seen on clothing, giving the painting a realistic quality. Inspired by classical works from Cezanne and Ingres, Renoir painted The Umbrellas with the aim of being as natural as possible. Did you enjoy these Renoir wall art facts?

After seeing these paintings, it has been made clear: Renoir was simply the foremost in painting in the Impressionist style. The fact that he was so good at it that he eventually detached himself from the movement’s rules and traditions shows his skill. An artist that allowed himself to grow, Renoir will be remembered for all time as the consummate Impressionist. We hope you enjoyed reading these Renoir wall art facts!