5 Sailboat Wall Art Facts You Need for an Amazing Summer!

Are you interested in traveling by sea? Why not try and charter a ride on a sailboat this summer? A sailboat, often called a sailing boat, is a boat with sails that are usually called the mainsail and the headsail. Wind blows against both of these sails, which in turn pushes the boats across the water. Are you interested in learning more about sailing? Below we have several interesting sailboat wall art facts for your reading pleasure! Let’s learn more about sailing! 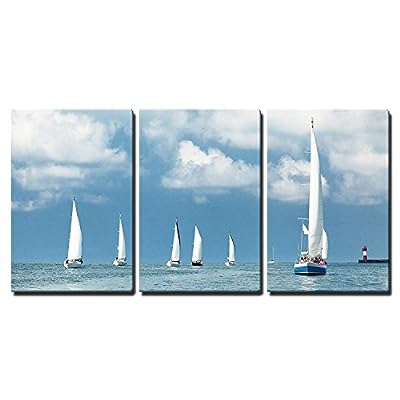 The most exciting part of adventuring can be going to places that are rarely visited. Finding a special destination that you can call your own is what many people who sail seek when out at sea. Did you know that there are tons of small, gorgeous islands that are generally off limits to tourists? In other words, sailing gives you the opportunity to visit land that is unspoiled by the average person. Seeing these unique places can give you one-on-one experience with special types of flora and fauna that are completely undisturbed. Did you know that the Raja Ampat islands in Indonesia are a group of dozens of uninhabited islands that feature thousands of coral species that have been barely touched by human hands? So, next time you go out sailing, why not try to discover a place you can call your own? Read below for more sailboat wall art facts. 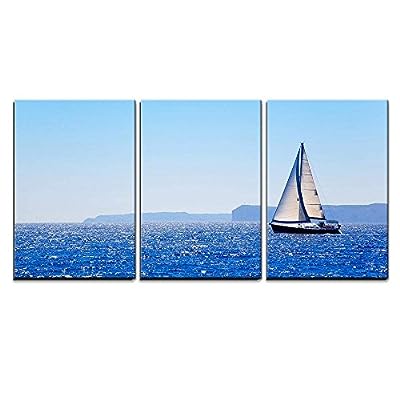 Sailing has been done for as long as boats and fabric have existed. Did you know that many of the phrases that we repeat today come from sailor lingo? For example, the term “feeling blue” originates from sailors. When someone feels blue,” it means that they feel sad. When sailors of the past lost a captain during a voyage, the sailors replaced their white sails with blue ones. This indicated their profound loss and sadness. Have you ever heard someone call another person a “son of a gun?” That term also comes from sailor lingo! The phrase originated from the infrequent occurrence of women giving birth on a ship. If a woman had to go into labor, the only space sailors had available was the space between the broadside guns! If the child were male, he would be called a “son of a gun”. Read below for more sailboat wall art facts. 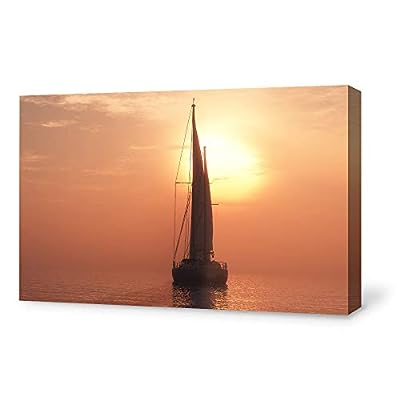 Sailing has been such a common means of transportation for centuries, that sailing itself has developed its own culture filled with superstitions! Interested in knowing a few of them? The first is actually whistling! Did you know that whistling while on a ship was considered to be bad luck? Sailors believed that whistling had the power to bring about strong winds, which could blow a boat off course. Bananas were also symbols of bad luck. If bananas were on board a ship, sailors believed that the boat could be prone to mechanical troubles. Did you know that cats were a sign of good luck? British sailors would often bring black cats aboard. Aside from bringing good luck, cats were also very useful for getting rid of rodents that often plagued ships. Read below for more sailboat wall art facts. 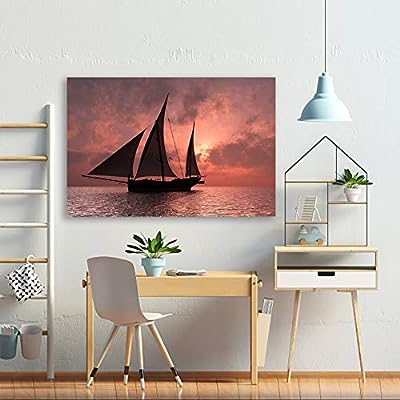 When one thinks of the word “knot,” one often thinks of the image of a tied rope. Knot has another meaning. A knot is also a measurement that ships use to measure speed, or in this case, to measure nautical miles. The origin of the word “knot” comes from the days when the speed of a ship would be measured by throwing a log attached to rope with evenly spaced knots into the sea. As a ship moved in sequence with the log, the number of knots during a measured period of time would be counted in order to determine the speed of the ship in question. The tool used to measure the speed of a boat was called the log. Read below for more sailboat wall art facts. 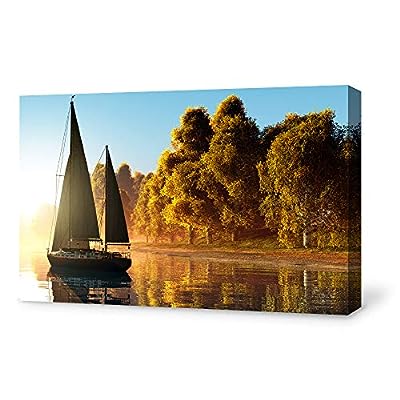 During the 17th century, many types of fatal illnesses were common amongst the public. Illness was so prevalent that it was necessary to stave off sickness in any way possible. Did you know that the word “quarantine” is closely linked to sailing? The word quarantine comes from the Italian phrase “quaranta giorni,” which means 40 days. In Venice, Italy, a port city, they would refuse to let sailors from places stricken with illness off their boats and into the city. First, the sailors had to sit on a boat for a prolonged amount of time, 40 days to be exact, to make sure that nobody on board had a transmissible illness. Quarantines became so prevalent, that the term became commonplace and now refers to any period of time in which someone is forced to be isolated. Did you enjoy these sailboat wall art facts?

Throughout history, sailing has been a key method of transportation of people and goods. Wind propulsion allowed for great mobility across wide expanses of ocean that allowed for relatively quick transport no matter where you were in the world. Are you interested in sailing now that you’re more knowledgeable about its history? We hope you are! Thanks for reading these sailboat wall art facts!