5 Star Wall Mural Facts That Will Amaze You!

Who doesn’t love looking up at a clear, twinkling night sky? Admiring the stars is something that humans have been doing for centuries, so it makes sense that we still do it today! Stars are celestial bodies made of hydrogen and helium. They produce light and emit heat due to the nuclear power residing in their cores. Every star that we are able to see is light-years away from Earth, which makes reaching them in our lifetimes nearly impossible! Interested in learning more about the billions of stars in our universe? Read below for some star wall mural facts to learn more about the building blocks of the galaxy! 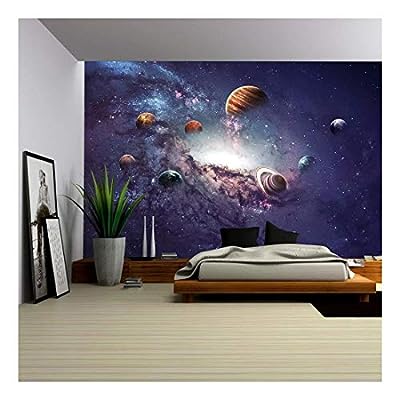 The Sun is the brightest visible star in our galaxy. Did you know that it happens to be the relatively close to Earth? Located around 93 million miles away, the Sun is our closest celestial neighbor. The Sun is classified as a G2 yellow dwarf star. It has been in existence for around 4.5 billion years and, according to estimates, will continue to prosper for another 7 billion. According to scientists, when the sun runs out of fuel, it will become a red giant. Red giants are, essentially, uncontrollably large stars that consume everything in their paths (that includes other stars and even planets)! Read below for more star wall mural facts. 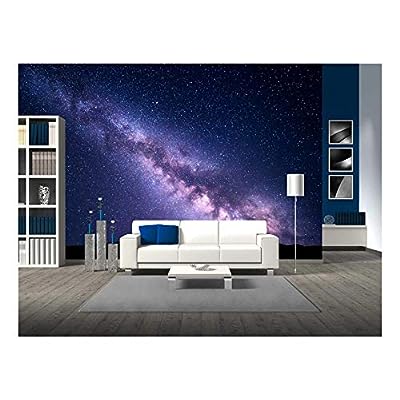 Have you ever gazed upon the stars, quietly wondering what they’re actually made of? All stars begin their existence as clouds of cold molecular hydrogen that collapse from gravitational pull. As the clouds collapse, they “shatter” into several pieces that go on to form individual stars.  These individual stars continue to collapse due to gravitational pull until enough force has gathered within them to ignite nuclear fusion. Over time stars convert a small amount of their hydrogen into helium. Read below for more star wall mural facts. 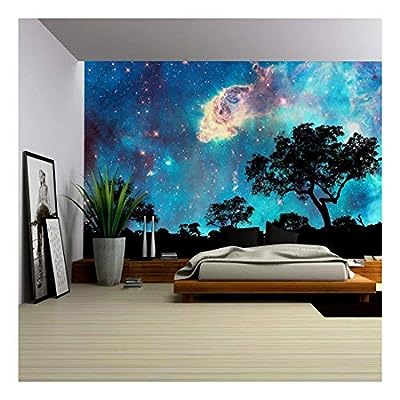 As previously mentioned, humans have looked at the stars since time immemorial. Our close and lengthy relationship to the sun has given us a special relationship with these celestial bodies. This relationship is so special that humans started to name the stars? We’re sure you’ve heard of constellations like the “Big Dipper”, right? A number of stars have possessed names that have existed far longer than the “Big Dipper”. One, for instance, is “Betelgeuse”. Betelgeuse means “the hand of the giant” in Arabic. It is the the brightest star in the Orion galaxy. Read below for more star wall mural facts. 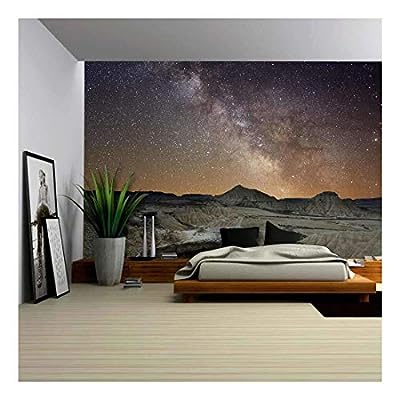 Did you know that living creatures aren’t the only things that are able to evolve? Stars go through life cycles where they both “age” and “evolve” over a period of time. The rate that they evolve is correlated to their mass at the beginning of their existences. The greater a star’s initial mass, the shorter its lifespan is. Stars “evolve” due to fluctuations in helium levels. As a star ages, helium is slowly lost, which makes its outer layers expand drastically. This drastic expansion eventually causes a star to get bigger and hotter until it eventually dissipates. This dissipated star is called a “white dwarf”. Read below for more star wall mural facts. 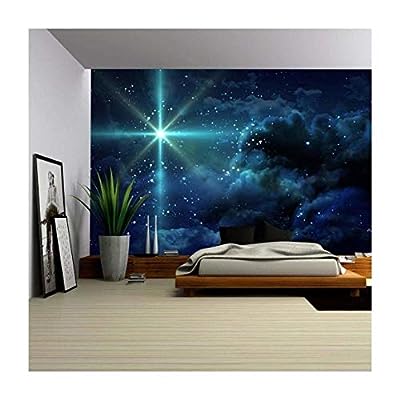 Although stars appear to be white from a human’s vantage point, they actually come in a range of different colors and hues. Did you know that stars can be red, yellow, blue, or anything in between? In addition to that, stars have even more colors that aren’t visible to the naked eye. Stars contain a spectrum of radio waves, infrared rays, and ultraviolet beams that are visible only with certain technology. Wondering what determines star color? The color of a star is dependent on its surface temperature. For instance, a dark red star has a temperature of around 4,040 degrees Fahrenheit. A blue star has a temperature of around 89,000 degrees Fahrenheit. Did you enjoy the star wall mural facts?

Now that you know more about stars, how do you feel about these shining celestial bodies? Do you have a newfound respect for them? Perhaps you might even be interested in stargazing after reading this article? However you feel about stars, we hope you enjoyed reading these star wall mural facts!