5 Tree Wall Art Facts That Will Amaze You! 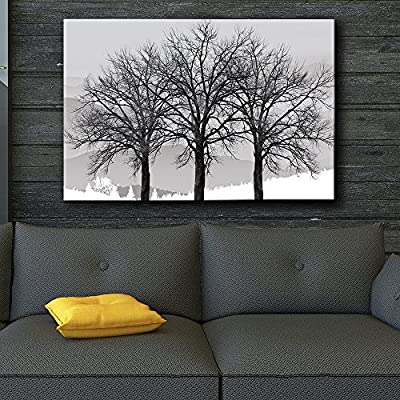 Trees are some of the most important plants on Earth. Debuting on this planet nearly 300 million years ago, trees marked a turning point in our terrestrial history! Essentially, trees have allowed inhabitants of Earth to prosper and endure for millennia. Trees have fed, housed and provided nourishment for a countless number of living beings – including early species of humans. Despite their important role in the formation of life on this planet, trees are unfortunately in danger. Rainforest and jungle habitats are being deforested or burned at an alarming rate, and it seems like this destruction has no signs of halting. That said, it is still important to know the intricacies of trees, no matter what is happening currently. Read here for tree wall art facts. 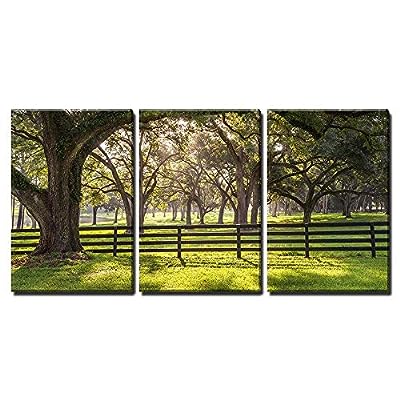 Trees have existed for millennia, which has resulted in different forms of evolution and cross breeding. In other words, there are many tree species spread out across the world. Did you know that in 2017, the Journal of Sustainable Forestry published a wide-ranging, extensive study into the amounts of tree species in the world? The scientists behind this report combined data from international museums, gardens, forest, and agricultural centers to finally conclude that there are over 60,000 different tree species. That said, these 60,000 are only the species known to man. Life on Earth is so diverse, that it is very possible that there are thousands of tree varieties that have yet to be discovered. Read below for more tree wall art facts. 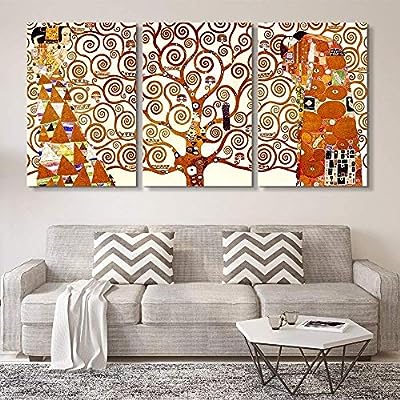 Trees are integral parts of life on Earth now, but did you know that they didn’t even exist for the first 90% of Earth’s history as a planet? The Earth is 4.5 billions years old, and the only plants that existed 400 million years ago are moss varieties that lacked strong roots. After a period of time, small plant varieties with stronger roots came into existence. Did you know that these small plants grew no larger than 3 feet? Millions of years after these 3 foot plants, a type of fungi that grew around 26 feet tall began to sprout. Can you imagine a mushroom the size of a modern day tree? Read below for more tree wall art facts. 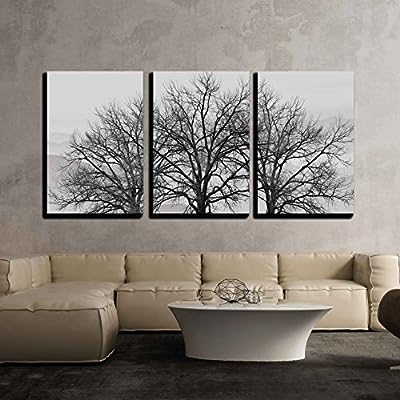 Although trees have a thick layer of barks as a physical form of protection, did you know that trees also have a more subtle form of defense? Trees can produce chemicals that stave off insects that feed off of bark and leaves. Not only can a tree emit a chemical signal that can protect itself, it can also emit a signal that notifies other trees about insects or other predators in the vicinity. Scientific studies have shown that many plants have evolved over time due to these signals, thus making them much more resistant to insects over time. Some trees have chemical signals that are even more advanced than the ones just mentioned! Did you know that certain trees have chemicals that signal for help from other species? For example, some trees attract birds that will gladly eat insects that might be damaging a tree’s surface. Read below for more tree wall art facts. 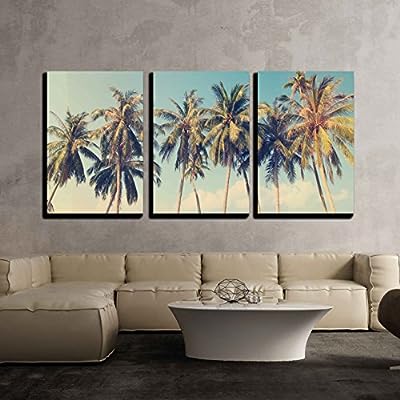 As we all know, regularly drinking water is a very healthy habit. Did you know that trees love water too? Many large trees, like oaks for instance, require large quantities of water. Although this is bad for surrounding areas that are experiencing drought, it can be good for humans or other creatures that live near large trees. Trees that require a large amount of water can actually limit flooding! By absorbing water instead of letting it lay on top of the ground, trees preserve territory and keep it safe. Essentially, thirsty trees prevent water from pooling or causing erosion. Speaking of oaks, did you know that one mature oak absorbs around 40,000 gallons of water in a single year? Bigger trees absorb even more water! A sequoia can absorb nearly 500 gallons of water a day! Read below for more tree wall art facts. 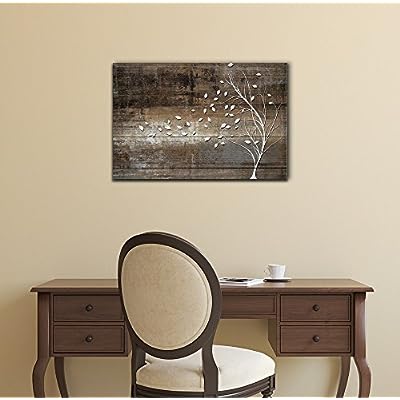 Trees have many functions, but did you know that some of their functions aren’t quite as obvious as others? Trees release chemicals called phytoncides, which according to science, are effective at reducing blood pressure, lowering anxiety and even increasing a person’s tolerance for pain. It’s no wonder why humans like trees so much! Trees even have a function in real estate. Did you know that property with lots of surrounding trees is usually worth more than property without them? Studies have shown that landscaping with a significant amount of healthy trees can add as much as 10% to a property’s value! Research has also shown that high amounts of trees in a cityscape is directly correlated with lower crime rates and property defacement like graffiti. Did you enjoy these tree wall art facts?

Trees are our arboreal best friends! Closely linked to our own advancement as a species, trees are extremely helpful plants that have provided for us when we’ve needed them most. Unfortunately, their existence is endangered by deforestation and other methods of environmental ruin. It’s our responsibility to treat trees with respect and care. If they aren’t taken care of, what will happen to us? We hope you enjoyed reading these tree wall art facts.