It’s summer! That means you’re probably going on vacation soon. If you’re planning on taking a road trip, it’s highly likely that you’ll be seeing succulents or other miscellaneous cacti! If you’re traveling around the Southwest, it’s virtually impossible not to see them! Under the  hot sun, succulents like agave plants can be seen! A cool green-ish or blue shade, agave is a species of succulents with many uses. Some uses are for medicinal purposes, some are for landscaping purposes, and some are for culinary purposes. Are you interested in learning more about this versatile succulent? If you are, read below for some great agave succulent wall art facts! 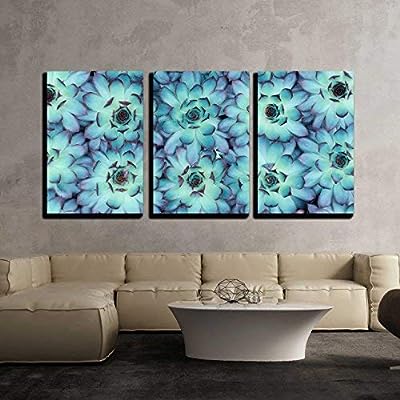 Were you aware that there are actually a number of different agave species? In fact, there are somewhere between 130 and 208 different species of agave. It’s sometimes hard to count how many agave there actually are because it belongs to a plant family that is actually relatively hard to classify. Agave is a type of flower plants whose seeds usually only have one embryonic leaf. These types of plants are called monocot. Agave is native to Mexico and some parts of the American southwest and South America. Thanks to how prolific it is, you’ve probably seen a wide variety of agave! Read below for more agave succulent wall art facts. 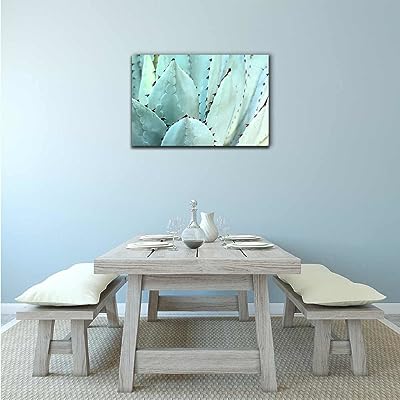 Agave has a variety of uses. It’s most popular use is one that you’re probably very familiar with! That’s right, alcohol! Agave has a unique flavor and lends itself well to fermentation, which is why it is often used to make alcoholic beverages. Did you know that agave was used by the Mexican populace for more than just just beverages throughout its history? Bruising agave leaves releases a paste that, once solidified, was easily converted into a type of paper. In addition, this paste could also be used as a building material similar to stucco. Agave leaves were also cut finely and used as cords which could be twisted for whatever the populace needed them for. In addition, sharp agave thorns were used as pins and needles! Read below for more agave succulent wall art facts. 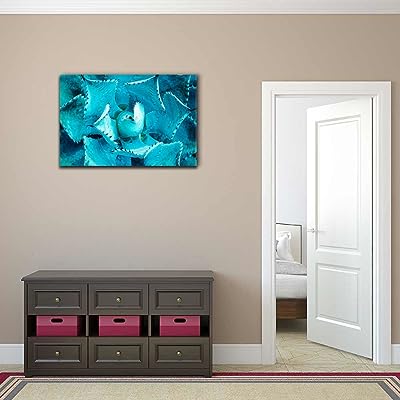 As previously stated, agave has a long history as an ingredient for alcoholic beverages. Did you know that agave root is edible? This thick root is palatable boiled or roasted, and happens to be very nutritious. In addition to its root, agave is renowned for being an amazing sweetener! Have you ever heard of agave nectar? This liquid, syrupy sweetener is commercially produced from multiple types of agave. This syrup is much sweeter than honey and isn’t quite as thick as honey either. Most agave syrup is produced in Mexico and South Africa. Although it has been marketed as being a “healthier” alternative to honey, studies have not shown this to be particularly true! However, if you’re looking for a vegan alternative to honey then agave nectar is perfect! In addition, it’s an amazing sweetener for cocktails since it dissolves seamlessly into other liquids unlike sugar. Read below for more succulent wall art facts. 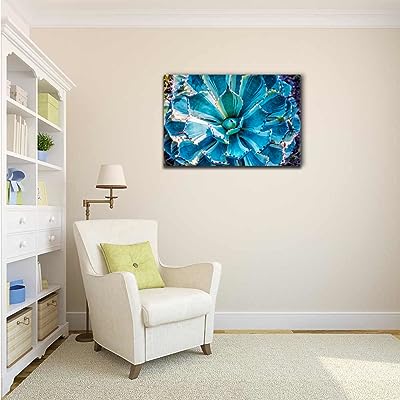 Some plants live lives that are never-ending. Unfortunately for agave, this is not the cast. Agave plants are monocarpic, which means that they die after flowering or “blooming.” Regardless of whether the plant is allowed to grow to its full length, or plucked from the ground in order to let the stalk swell to make tequila, an agave plant is going to die after maturing. Thankfully for most agave plants, it takes six to eight years to fully develop. That said, there are some that taken even longer. In some place in the world, agave plants are called “century plants” due the amount of time they take to bloom. Although it doesn’t actually take 100 years for these types of agave to bloom, their maturation periods can be much longer than average. For example, some take 15 to 20 years to properly mature. Did you enjoy reading these agave succulent wall art facts? 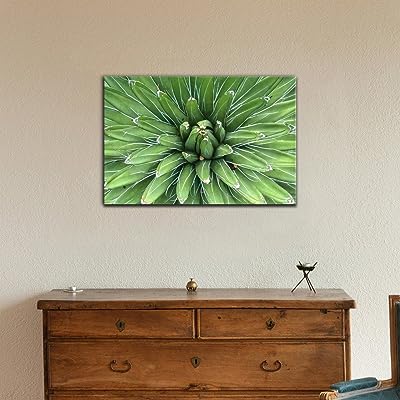 Now that you know so much about agave succulents, are you interested in incorporating them into your lifestyle? Why not plant an agave in your garden? If planting isn’t your thing, you could always get one that stays in a pot too! How about eating things with agave ingredients? Are you interested in roasting some agave root for dinner? How about going to the store and picking up some agave nectar to mix into your own custom cocktails? However you choose to use or appreciate agave, we’re sure you’ll have fun. Thanks for reading the agave succulent wall art facts!