Apple Wall Art Facts That Will Shake You To Your Core! 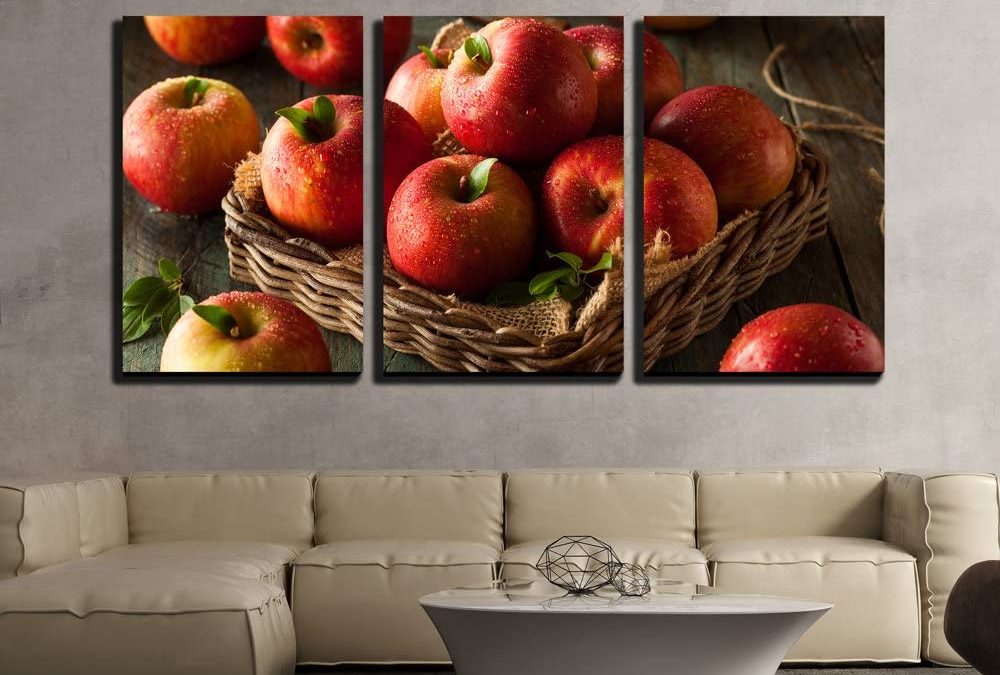 When someone says the word “fruit,” which one do you think of first? Maybe you think of oranges because you start your day with a delicious glass of its juice? Perhaps you think of grapes, because you love drinking wine. Maybe you even think of lemons, because of their versatile use in savory and sweet applications? If you’re like us, you probably think there isn’t a single fruit more iconic than the delicious apple! Apples are one of the most popular fruits in the entire world. They can be found virtually everywhere due to their resilience for shipping, and the fact that they can be grown so easily independent of seasons. Did you know that there are thousands of different types of apples? Ever had a honeycrisp? What about a granny smith? Perhaps a red delicious? Do you want to know more about apples? Simply read here for some amazing apple wall art facts! 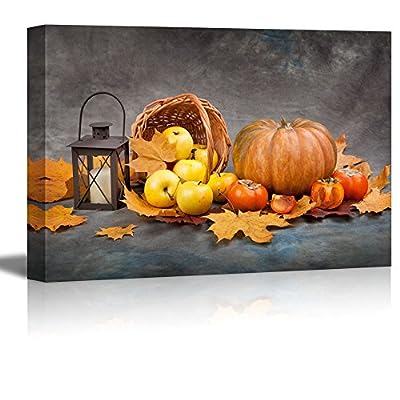 Did you know that there are over 7,500 different types of apples around the world. Some apples are only used for cooking, some are only used for making drinks. Some are even best not eaten, and used solely for decorative or artistic purposes (carving, modeling etc.). To give you more context, if you were to try a different apple every single day, it would take you over 20 years to try every one of them! Some of the most common varieties grown and sold around the world are the Red Delicious (used for eating raw or for making apple sauce), the Golden Delicious (used for baking) and the Granny Smith (used for eating, baking and sautéing in savory foods like stuffing). Read below for more apple wall art facts! 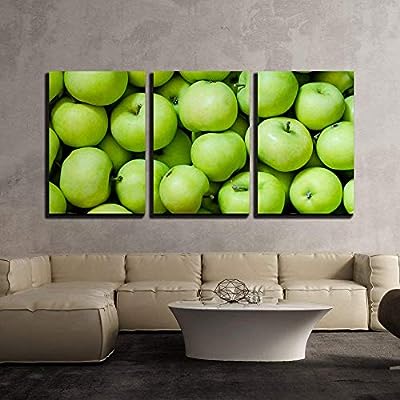 In 1929, a Russian food scientist named Nikolai Vavilov started to trace the genome of the modern apple. He was able to identify an ancestor that spawned the cultivars of the modern, domesticated apple tree: it was called the Malus Sieversii. It took until 2010 to develop the technology that finally confirmed that Vavilov correctly identified the apple’s ancient ancestor. Malus Sieversii is a wild apple that is native to Central Asia, most specifically the mountains of what is now Kazakhstan. Those wild apples grew in apple forests at the base of these snow-covered mountains, with some of these ancient apple forests stretching on for miles. Over time these apples were discovered through war and trade, which eventually caused their spread across the the world. Read below for more apple wall art facts. 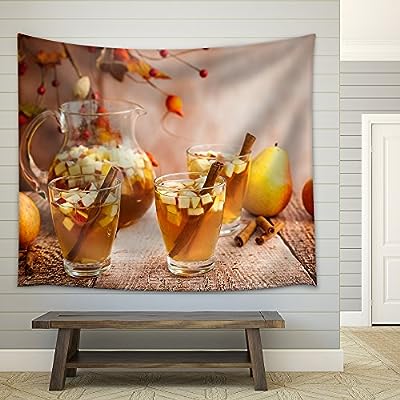 Here’s an interesting fact! Apples are technically deadly! Don’t worry though, the chances of actually dying by ingesting an apple are very similar. Apple seed contain a chemical called cyanide. The same chemical that comes in capsules that movie spies often use to kill themselves instead of telling enemies their secrets! Crazy, isn’t it! That said, apple seeds only contain a small amount of cyanide and the shell is so hard for stomach acid to break into, that cyanide leaking out is difficult. You would have to consume a large amount of apple seeds and have them all miraculously break down successfully for an apple to cause death. Read below for more apple wall art facts. 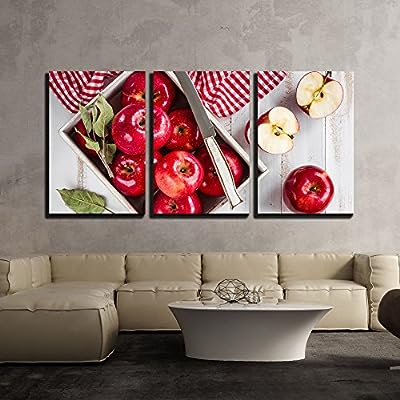 As one of the most popular types of fruits on the planet, apples are naturally at the center of many big businesses! For example, the apple orchard business is booming all across the world! The average size of an apple orchard in the United States is around 50 acres. A good example is one of the oldest and biggest orchards in the country, Applecrest Farms in New Hampshire. This orchard has been successfully operated by only one family for over four generations, which means it’s been a business for over a century! This orchard grows over 40 different kinds of apples and makes products out of apples too, namely apple cider and apple donuts. You can even pick your own apples if you ever decide to visit! Read below for more apple wall art facts. 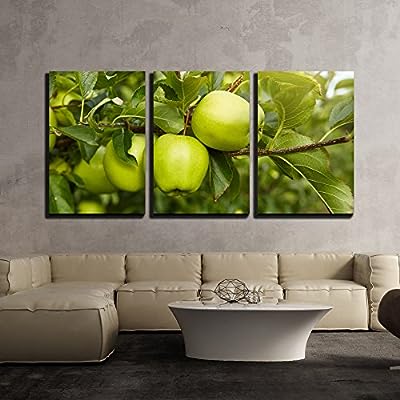 All plant life is very complicated, so it stands to reason that this life interconnects and intersects in a variety of different ways. Apples are actually part of the Rosaceae family, which is a botanical family that features almost 3,000 different types of flowers or flowering plants. This family includes pears, apricots, cherries, raspberries and strawberries. The flowers in this botanical family are known for their aesthetics, with the apple tree being a prominent member of it! That’s right, that means that the apple tree is an offshoot of the the rose!

Ever heard of this famous adage? You are the apple of my eye. This phrase is used to describe someone who means quite a lot to another person. For example, a parent could use this to describe their child. A man could use this to describe his wife. The saying has been around for a long time, and can be credited to the Ancient Greeks and Romans, who thought that the pupil of an eye was reminiscent of an apple. We hope you learned something from this blog! Thanks for reading these apple wall art facts!