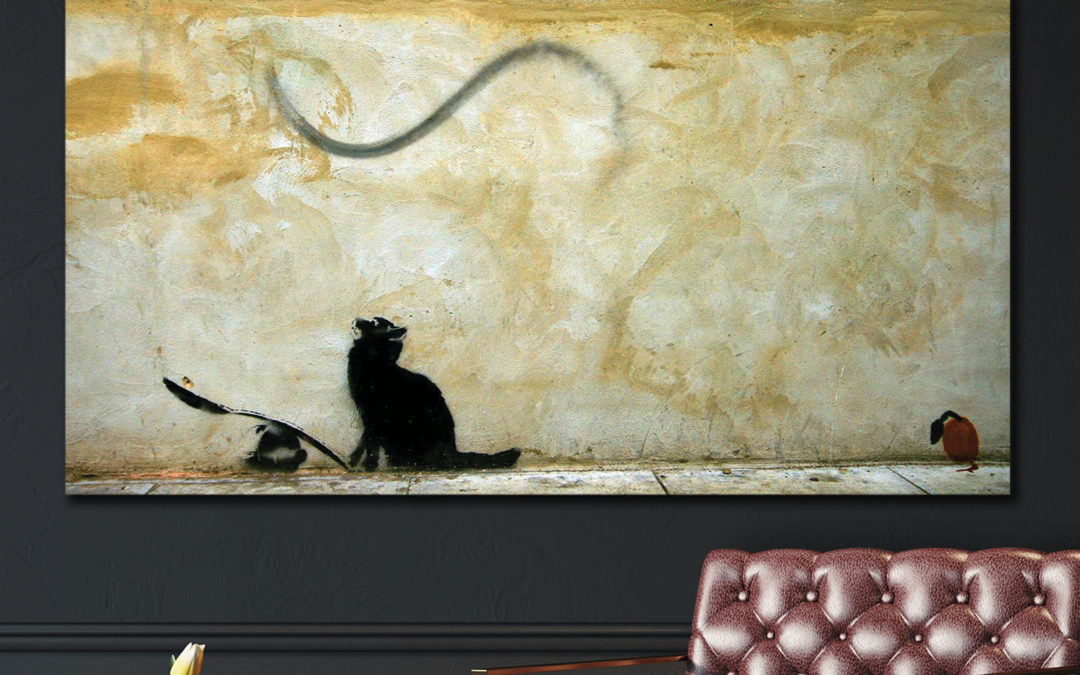 If you were to ask someone what they thought of black cats, what do you think they would say? You’d probably get all kinds of answers! They are extremely clever and mischievous! They are omens of bad luck that one should stay far away from! They are the most lovable pets around and make the perfect companions! If there’s one thing that everyone can agree on about these cats, is that they are definitely misunderstood! Wall26 is here to help you understand them a little more! Are you interested in learning more about these mysterious feline friends? If you are, simply read below for some black cat wall art facts! 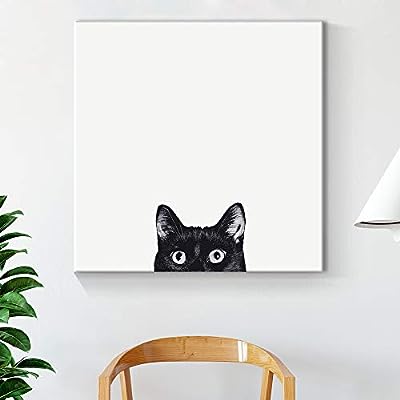 Did you know that black cats were once worshipped as gods? That’s right! In Ancient Egypt, the black cat was considered to be the mortal embodiment of their cherished goddess Bastet. If you’re not familiar with her, Bastet is essentially a goddess with a human body and the head of a black cat. She represented healthy crops, women and homemaking. Cats in Ancient Egypt were considered to represent the same things! Most homes possessed at least one cat, and they were all treated like royalty. Did you know that killing a cat in Ancient Egypt was punishable by death? Speaking of dead cats, cats were even mummified just like humans were! Interestingly enough, cats have been worshipped across the world as gods. In Celtic cultures, Cait Sidhe, a magical cat fairy, was similarly worshipped. Read below for more cat wall art facts. 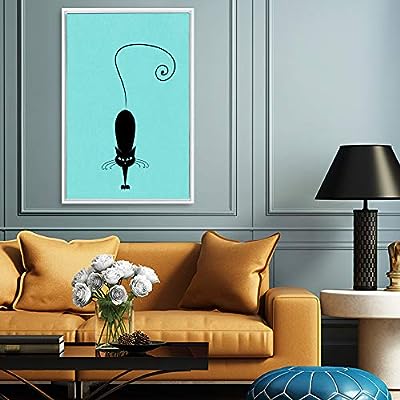 Did you know that black cats were not always considered to be bad luck, despite what common myths say about them now. In many place across the world, black cats are actually heralds of good luck! For example, in Japan black cats represent incoming love or fortune. In England, a bride receiving a black cat as a gift was a way to ensure a healthy marriage. English sailors often brought cats on board to eat mice, but were also seen as a sign that ensured their safe return to shore. The wives of these sailors kept black cats in their homes for similar reasons! In France, black cats have been called “money cats,” because treating them with respect has been said to gran people with riches! Read below for more black cat wall art facts! 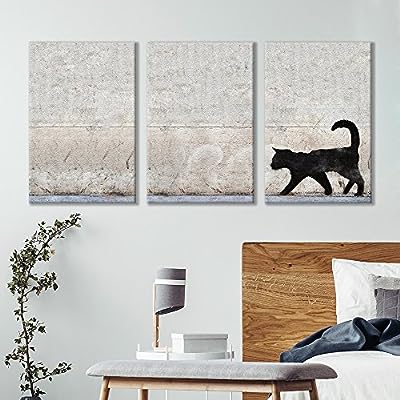 Many people believe that cats all look the same. While there are many similarities between different cats, there are still many nuances that must be respected. Did you know that there are 22 breeds of black cats? National cat associations have recognized 22 breeds that generate cats with solid black coats. For example, there are the black long haired Persian, Norwegian Forest and Ragamuffin cats! We also cant forget about the Scottish Folds of the Japanese Bobtails! The most iconic black cat is probably the Bombay. This breed was created in the 1950s by crossbreeding the black American Shorthair with the Sable Burmese; it was specifically created from these two breeds so that it would look like a black panther! Read below for more black cat wall art facts. 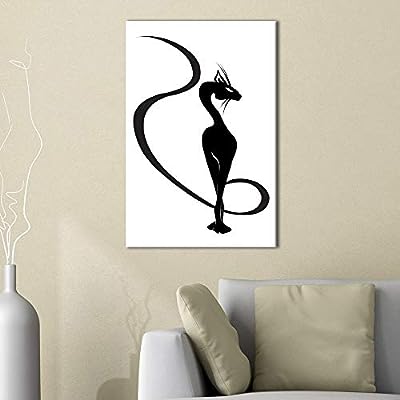 As you know, most lifeforms on Earth have gone through a complex evolutionary process. The conditions on Earth are often inhospitable for living creatures, therefore we undergo changes spurred by our environments! Did you know that black cats aren’t any different! In fact, it is theorized that black coats on cats were an evolutionary occurrence that helped them to survive! We already knew that jaguars and leopards evolved to have black coats in order to help them hunt at night, but researchers believe the gene that causes black coats also affects cat immunity. Scientists have discovered the black cats have a stronger immune system and an increased resistance to diseases like feline immunodeficiency disorder! Read below for more black cat wall art facts! 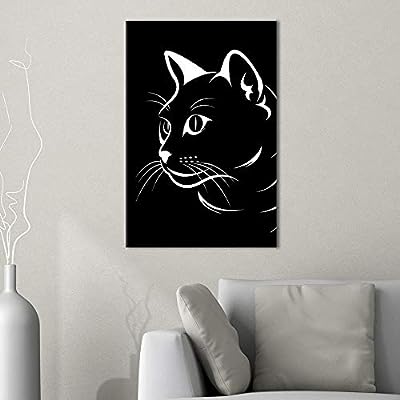 Tabby cats are known for their beautifully patterned, multi-color coats. The gene for a tabby coat is actually the most dominant coat-determining gene in the entire domestic feline species. Black, however, is the most common color-determining gene in the domestic feline species. This means that if two black cats were to reproduce and make a solid black coat cat, these black genes would technically override the dominant tabby pattern. That said, many black cats still have the repressed tabby gene that can show up under different environmental conditions. Look closely at a black cat bathed in sunlight, and you may see that some of their fur is slightly lighter than their other fur. You’re looking at their secret tabby pattern! Did you enjoy these black cat wall art facts?

Are you insatiable? Do you want more black cat wall art facts? Okay! Did you know that most black cats have yellow eyes? The gene that controls the solid black color that cats have also determines the color of cats eyes. Excessive melanin (a chemical compound that darkens skin and fur) also results in the distinct golden and amber eyes that many cats have. Bombay cats, for instance, were specifically bred to have eyes that are as naturally yellow as possible. That said, there are many breeders who have successfully made solid black cats with green and blue eyes! Thanks for reading this blog!