Chameleon Wall Art Facts That Will Wow You! 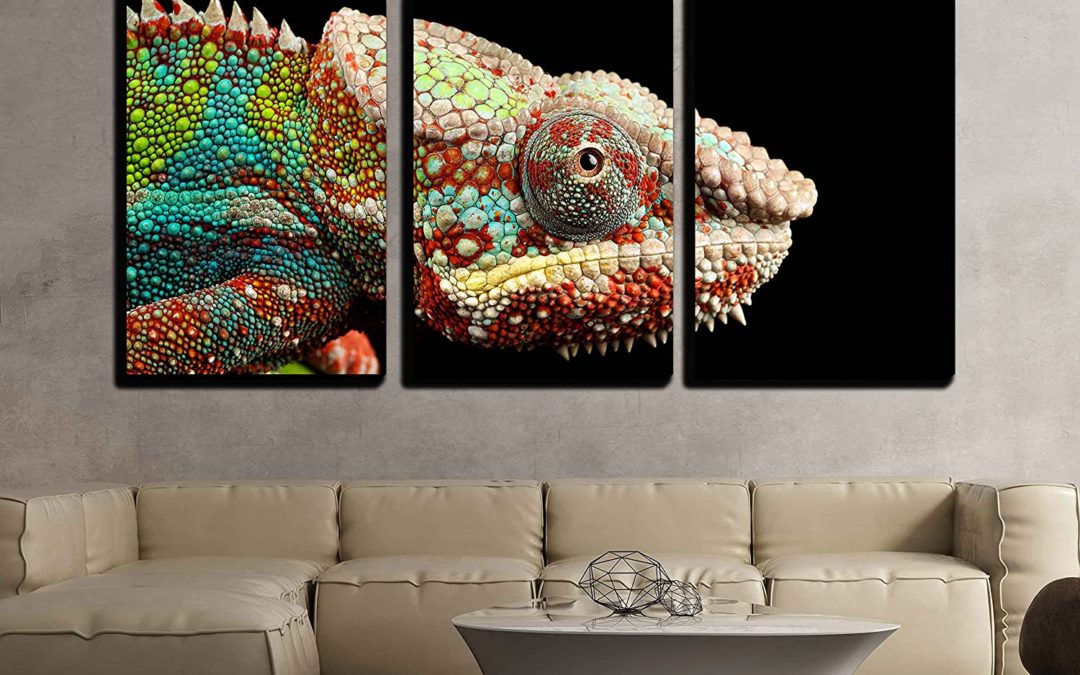 Within the reptile world, variety is the spice of life! There are so many different types of reptiles that vary in size, shape, and color. It’s simply mind boggling! Some of the most striking types of reptiles on Earth are chameleons! Chameleons are very colorful lizards that are known for their ability to change the hue of their scaly skin, their long and sticky tongue, and their eyes that can be moved in any direction independently of each other. These wonderful lizards are so utterly fascinating that we just had to make an article about them. Want to know more about these amazing creatures? Well, read below for some excellent chameleon wall art facts. 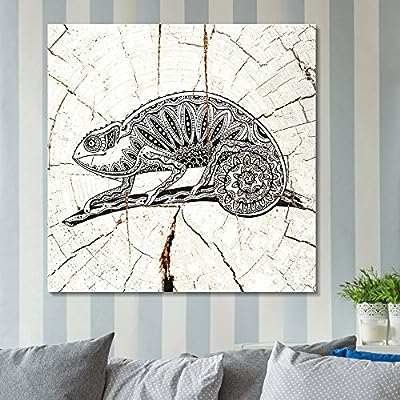 When you think of a chameleon’s main trait, you’d most likely mention it’s ability to change color. Having a natural form of camouflage is a trait that can be seen across the entire animal kingdom, and it’s something that has aided in the survival of many animal species. That said, people make a mistake by thinking that chameleons color changes are based 100% around survival reasons. Chameleons actually change color based on a variety of factors, like mood, lighting, temperature or humidity. Different chameleons also have access to different kinds of colors. For instance, dominant males usually display bright colors while submissive males stick to dark browns and greys. Female chameleons will change color based on whether or not they want to attract mates. Read below for more chameleon wall art facts. 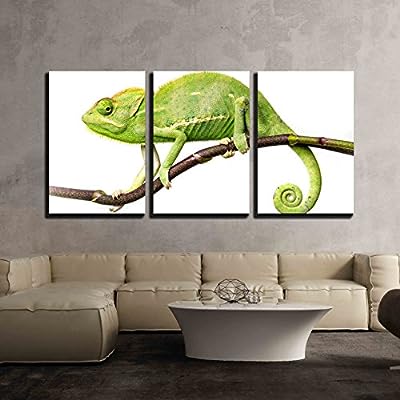 In a way, you could say that chameleons have eyes on the backs of their heads! Not literally, of course! We can say this because chameleons can move their eyes on an individual level, independently of each other. Wondering what the benefit of these eyes are? Well, just think practically. Eyes like this give chameleons a higher survival rate in the wild. If they can see potential predators from every direction, they can evade them before they attack. In other words, there’s really no sneaking up on a chameleon! Read below for more chameleon wall art facts. 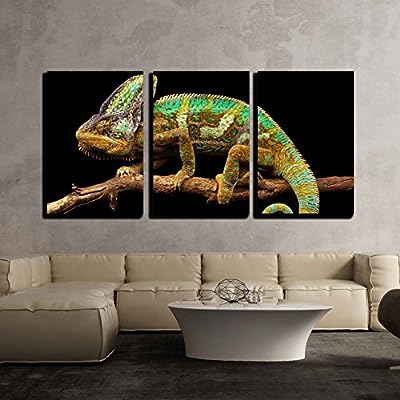 Many different species of animals live in biomes with different types of weather. Through evolution, some animals are able to prosper in both extreme heat and extreme cold. Wondering where the chameleon lands? Well, chameleons really like it hot! Chameleons like to live in warm, tropical and coastal regions which is why you can find many different types of chameleons throughout sub-Saharan Africa or nearby islands. For instance, the island of Madagascar is home to nearly 60 different species of chameleon that can’t be found anywhere else in the world. Read below for more chameleon wall art facts. 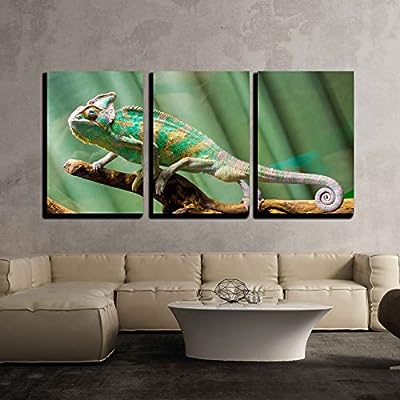 Were you aware that there are all kinds of different sizes of chameleons? The biggest chameleon in terms of length is the Malagasy giant chameleon! It is also known by the name of Ostalets’s Chameleon. Many chameleons from this species have been measured to be around 27 inches, which is more than 2 feet long! This species is found entirely on Madagascar. Wondering about the smallest. The Brookesia Micra chameleon, which is also from Madagascar, only grows to about 30 millimeters. These tiny chameleons are among the smallest reptiles on Earth! Read below for more chameleon wall art facts. 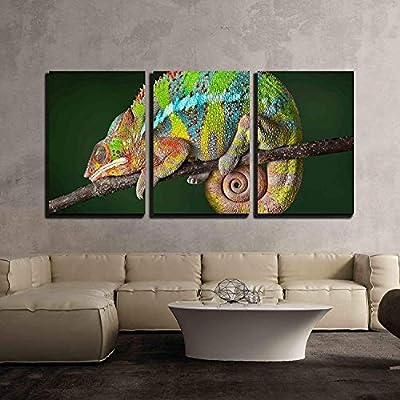 If you weren’t already knowledgeable chameleons, like other reptiles, lay eggs instead of giving live birth. Wondering what the process is like? Well after the eggs have been fertilized, female chameleons dig a whole in dirt or sand and lay eggs inside of it. These eggs slowly develop the fetuses inside into a healthy baby chameleon. These chameleon eggs typically take between 4 and 12 months to hatch, all dependent on the type of chameleon. For instance, small chameleons will hatch much earlier than large ones will. Some large chameleon eggs may even take 24 months to hatch. The number of eggs laid at once heavily depends on the chameleon species. They can lay as little as 2 and as many as 200! Did you enjoy these chameleon wall art facts?

Are you insatiable for more chameleon facts? Well, we’ll give you one more! As you may well know, chameleons are natural tree-huggers! Nearly every type of chameleon enjoys laying about on a tree. Chameleons love trees so much, that they have evolved in order to hang onto trees easier! Chameleons have five developed toes on each of their feet that are grouped together in a bunch. Imagine making a talking shadow puppet with your hand; the shape of a chameleons foot looks similar to that! Chameleons also have prehensile tails; this means that they can grip and hold onto branches for better stability. Well that’s all for now! We hope you enjoyed these chameleon wall art facts!