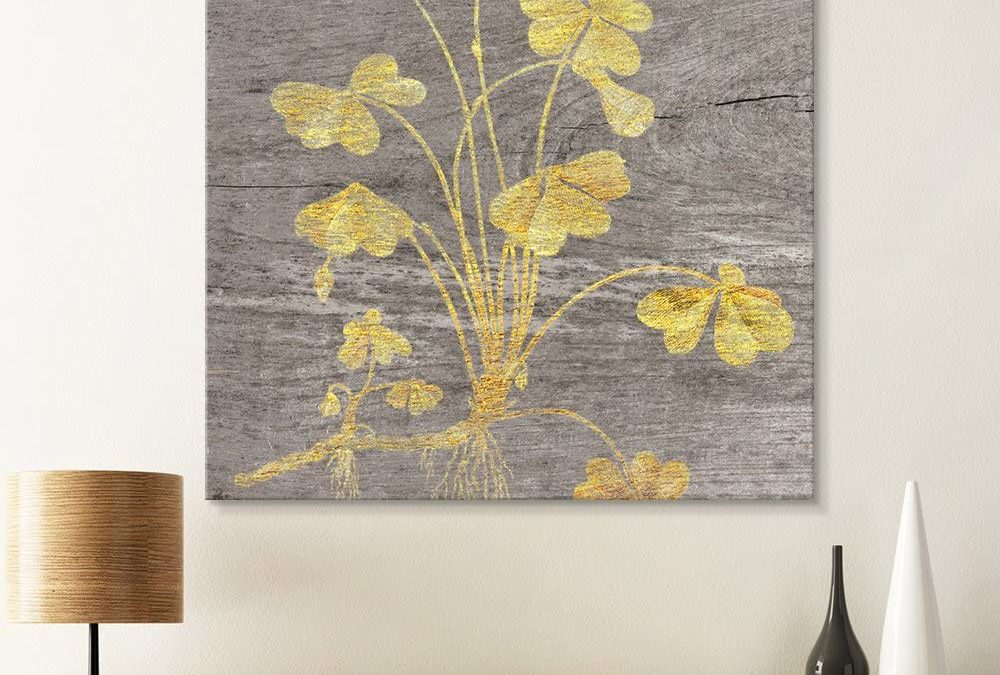 Everyone has seen them. Everyone knows about them. Everyone loves the clover! Most people are familiar with the myth of the the “lucky” 4-leaf clover, but how much more do you know about them? The clover, or trefoil, is a common name for plants of Trifolium genus, which consists of around 300 species of flowering plants. These plants are part of the legume or pea family, which actually originated in Europe. Clovers are small annual or biennial (taking two years to grow to maturity) plants that usually grow to be 30 centimeters tall. Their leaves usually grow in threes, and rarely grow in fours. This is what makes 4-leaf clovers “lucky.” Want to know more about clover plants? Read here for clover wall art facts! 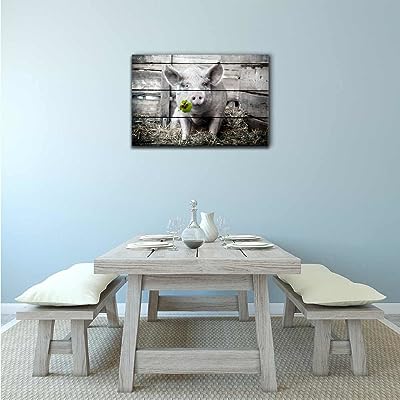 Did you know that there are a lot of clovers? In fact, there are around 300 species of clovers in the world. Clovers live in temperate and subtropical regions, mostly based around North and South America. The geographic regions with the most diversity in clover types is: western North American, the basin of the Mediterranean and the highlands of east Africa. One interesting thing to take not of is the number of leaflets clovers have. As you know, most clovers typically have 3 leaflets. A rare and popular form of clover has 4 leaflets. Did you know that some clovers can have even more? Some species of clover have up to nine leaflets! Read below for more clover wall art facts. 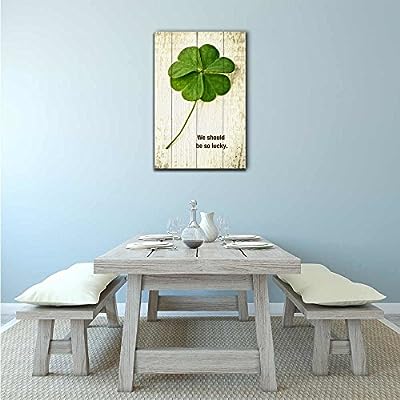 Although they may seem like simple plants, the clover is actually very important around the world in an agricultural sense. More than 12 species of clover are specifically and specially cultivated around the world as foraging fodder for livestock or as green manure crops (these help to improve soil quality). If you’re wondering how it is that clovers can be so beneficial for soil quality, it’s because the stems of clovers contain a bacteria called Rhizobium, which converts nitrogen from the air into a form that plants can use. In turn, nitrogen rich soil helps to improve how well plants can grow. Clovers are also a very important resource because they contain a nice amount of nectar. This makes them very attractive to pollinators like bees, wasps, moths and butterflies. Read below for more clover wall art facts. 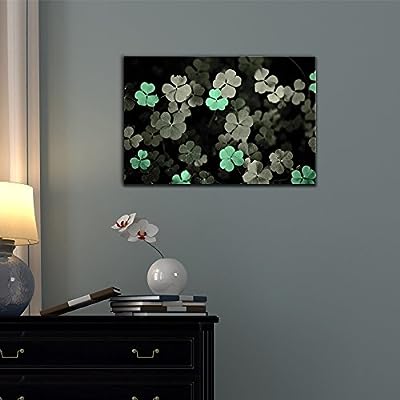 Were you aware that there still isn’t exactly a consensus as to what a shamrock actually is? This symbol of Ireland and its patron saint St. Patrick is still debated today regarding whether it represents and actual clover or of it’s some other type of plant. That said, most botanists believe that the true shamrock is a type of clover of the species Trifolium dubium or Trifolium repens. Other botanists, however, have argued that the shamrock is a species of wood sorrel or medick, both of which usually have three leaflets which resemble the common clover. Many people believe the three leaflets of the shamrock represent faith, love and hope. Read below for more clover wall art facts. 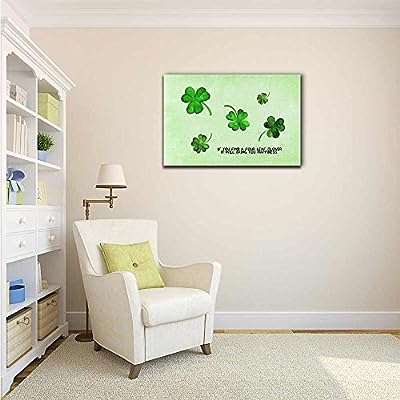 As explained before, the four leaf clover is a very rare variation of many clover species. Are you wondering how rare they actually are? A team of clover scientists in Europe set out to find out the exact calculations. They examined more than 7 million clovers across eight countries spread out among three continents and found that for ever 5,000 clovers with three leaflets, there is only one with four leaflets! Were you aware that as far back as the middle ages, the four leaf clover has been thought to ward off the spirits of evil? Did you enjoy these clover wall art facts? 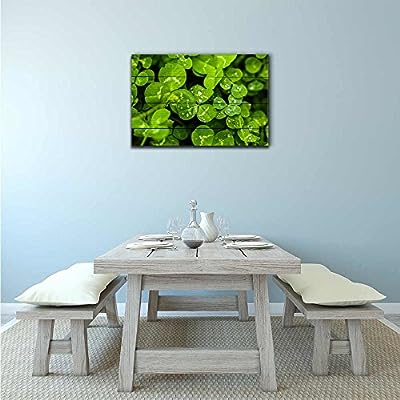 Are you insatiable for more clover facts? Here, have another. Clovers are spread out among the entire planet. Florida is a state in the U.S. that is known for having a high variety of clover species. In fact, there are 16 in Florida. An interesting fact is that only two of these 16 is native to Florida. Most of the clovers that can be found in Florida are exotic types that have escaped cultivation and now live in pastures and roadsides. All 16 of these clover types were introduced to Florida from both Europe and Asia. Thanks for reading these clover wall art facts!