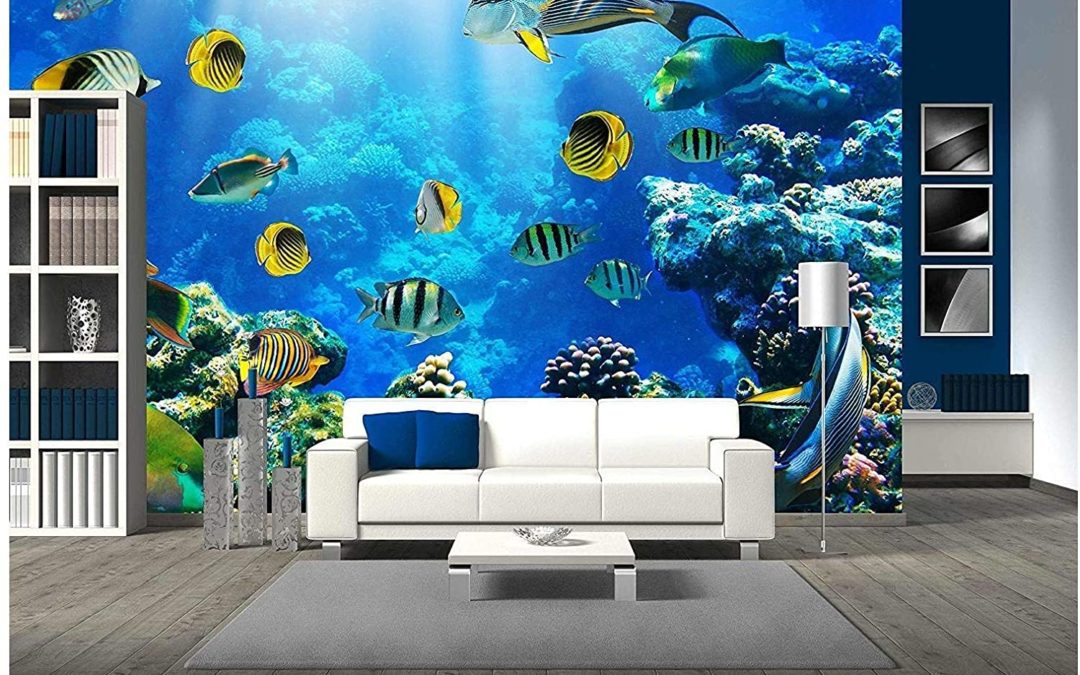 Everyone knows what a coral reef looks like. An underwater ecosystem filled with multicolor coral polyps made of calcium, these reefs are some of the most biologically diverse habitats on the planet. When making reefs, coral polyps can take many forms: from large reef building colonies, to huge flowing fan-type reefs and smaller solitary reefs. Thousands of species of coral exist living in warm, shallow and tropical waters. Some reef systems are so deep that light doesn’t shine where they’re located. About 25% of the ocean’s fish depend on the health of coral reefs, which is why they’re so important. Coral reefs are essentially indicators for the health of an ocean ecosystem. Want to know more? Read below for coral reef wall art facts. 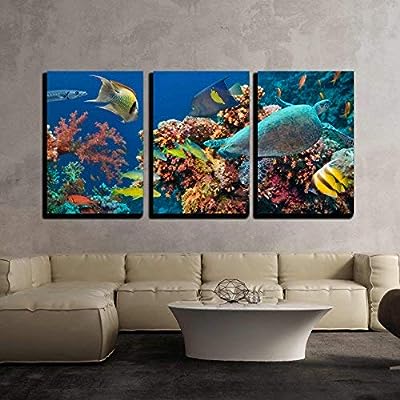 The word “reef” has diverse meanings depending on who you’re talking to. To a fisherman or other type of mariner, a reef refers to a shallow and submerged environmental hazard. To a surfer, a reef would be an undersea hazard that has the ability to make waves break while riding them. Scientists, however, refer to reefs as the rigid biological ecosystems that we see in the ocean today. Read below for more coral reef wall art. 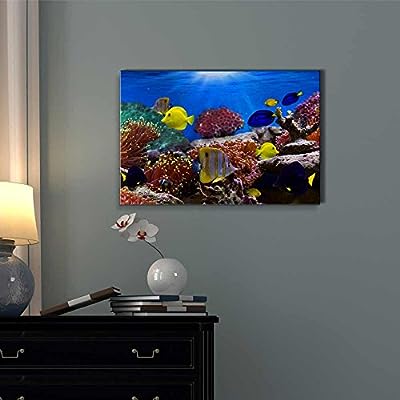 The first organisms that built reef were cyanobacteria that had the ability to photosynthesize around 3.5 billion years ago. Information gained from studying fossil remains has provided us with evidence that a variety of organisms including clams, oysters and sponges have all contributed to the building and upkeep of coral reefs over time. Coral has been found in fossil reefs that have been as old as 500 million years. Coral that is similar to the kind we see today, however, has only been constructed for the past 60 million years. Read below for more coral reef wall art. 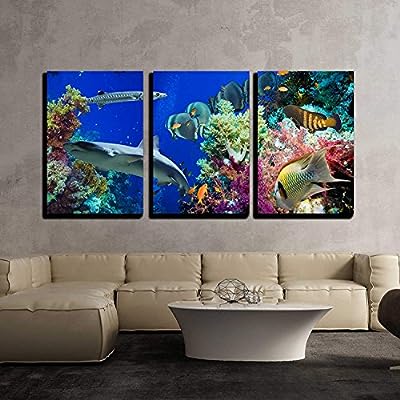 Corals are animals that are closely related to both jellyfish and anemone. Both solitary and colonial coral catch plankton and suspended food particle with tentacles that place the food into a mouth. Coral reefs are composed of large colonies of coral that secrete hard calcium, which forms exoskeletons that give them the hard texture they’re known for today. These groups of hard coral can create finger shaped, vein shaped, or mound shaped structures that can stretch on for tens or hundreds of miles. Most coral also contains a parasitic type of algae that has evolved to take on a symbiotic relationship; algae provides coral with an additional source for food by using photosynthesis. Read below for more coral reef wall art. 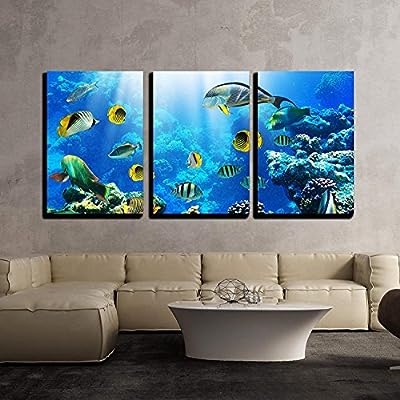 Coral is widely distributed across all of the oceans in the world, but the types of corals that form reefs are usually restricted to being located in shallow, warm tropical water. Clean water that one can actually see through is essential to the formation of coral reefs. After colonization by a group of coral and an adequate amount of time for calcium secretion and growth, eventually a full colony is formed. After time, colonies become thickets. As thickets build vertically on the remains of old colonies, a reef begins to form. Today, biologically diverse coral reefs can be found along tropical coasts, on the sides of volcanic islands and on atolls. Read below for more coral reef wall art. 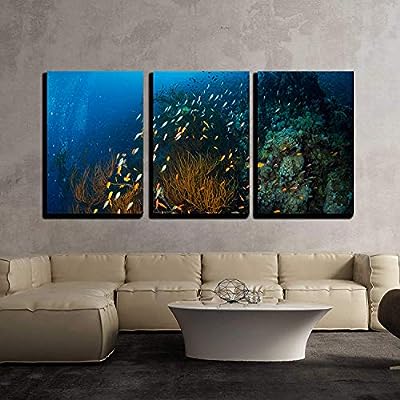 As said before, coral reefs are and indicator of the health of the surrounding ocean environments. Unfortunately, coral reefs are dying in many part of the world. In fact, it is estimated that around 30% of the world’s total coral reef population will be destroyed or experience extreme decline within the next ten years. Wondering what the causes are? There are many. They are being killed by passing ships, anchors, fishing tools, cyanide, overfishing and the effects of rising ocean temperatures. As coral reefs become more stressed from environmental factors, they become more susceptible to infections that are bacterial in nature. It’s paramount that humanity does what it can to save coral reefs.

Healthy coral reef habits provide shelter, feeding, spawning and nursery zones for over 1 million species worldwide, including commercially fished fish species. They provide food for people living on small islands, recreation and tourism opportunities that contribute billions of dollars to local economies, coastal infrastructure that prevents death during tsunamis and other natural disasters, and sources of new types of medicine. In other words, coral reefs are massively important. We hope you learned something from reading this blog. Thanks for reading these coral wall art facts!