Moon Decoration Ideas For Your Wall That Will Make You Love Space! 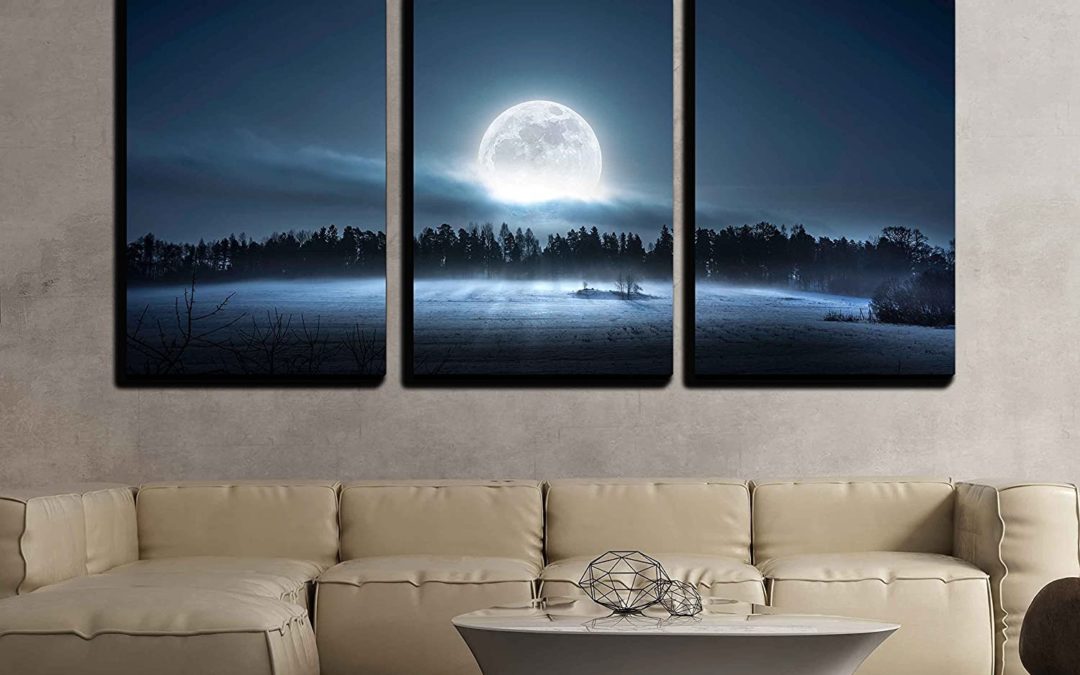 Moon decoration ideas offer different opinions for people who are fascinated by the moon and would like to incorporate it into their houses.

The moon is one of the most important celestial bodies in the world, with many astounded by its allure and wonder. If you’re one such person, you can check out some premium moon decoration ideas to adorn your home.

The Phases Of The Moon 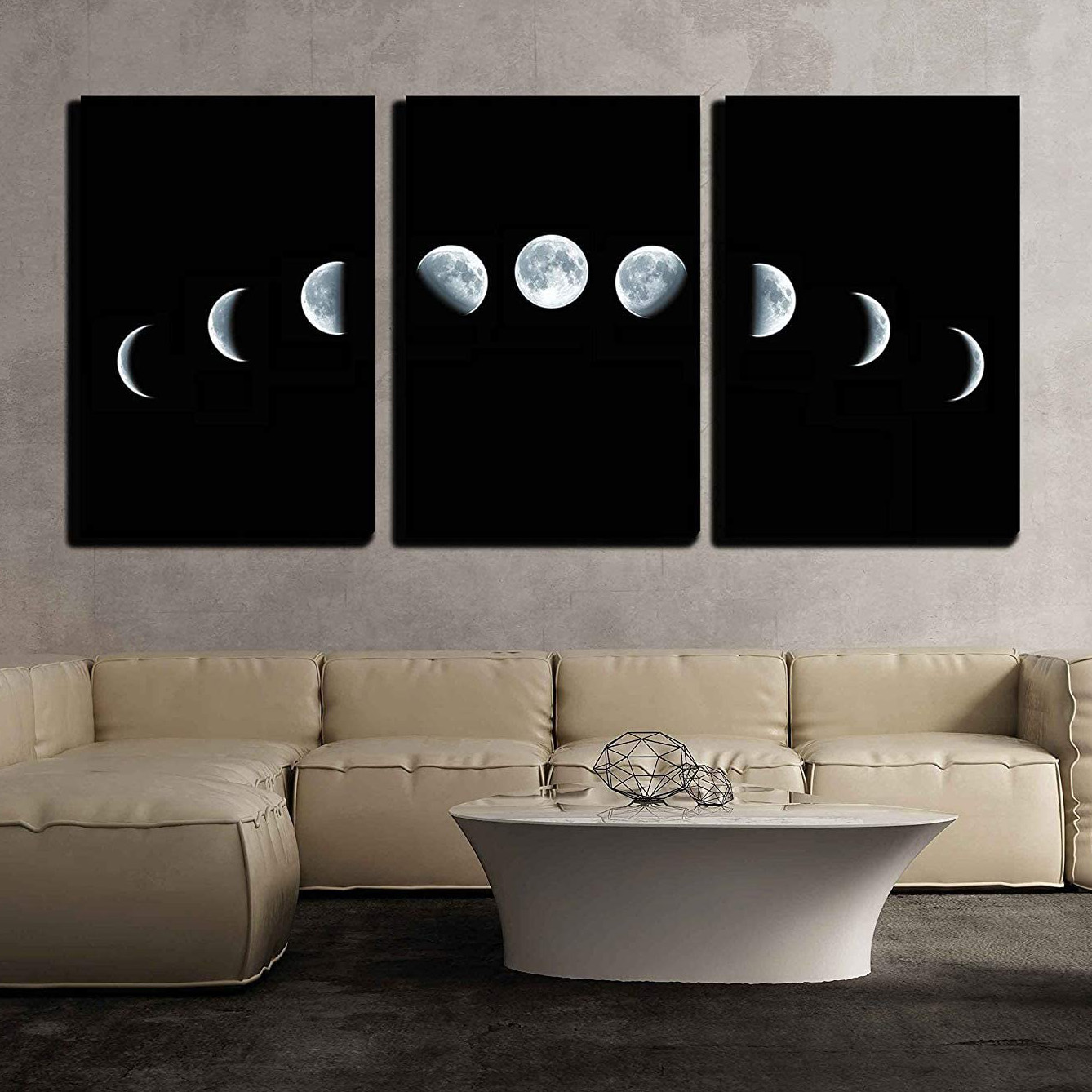 This is the cream of the crop as far as moon decoration ideas go. It consists of different portraits that tell a story when joined together and can function as a standalone art piece.

The colors and designs are rich, and it covers enough space in your living room on its own. 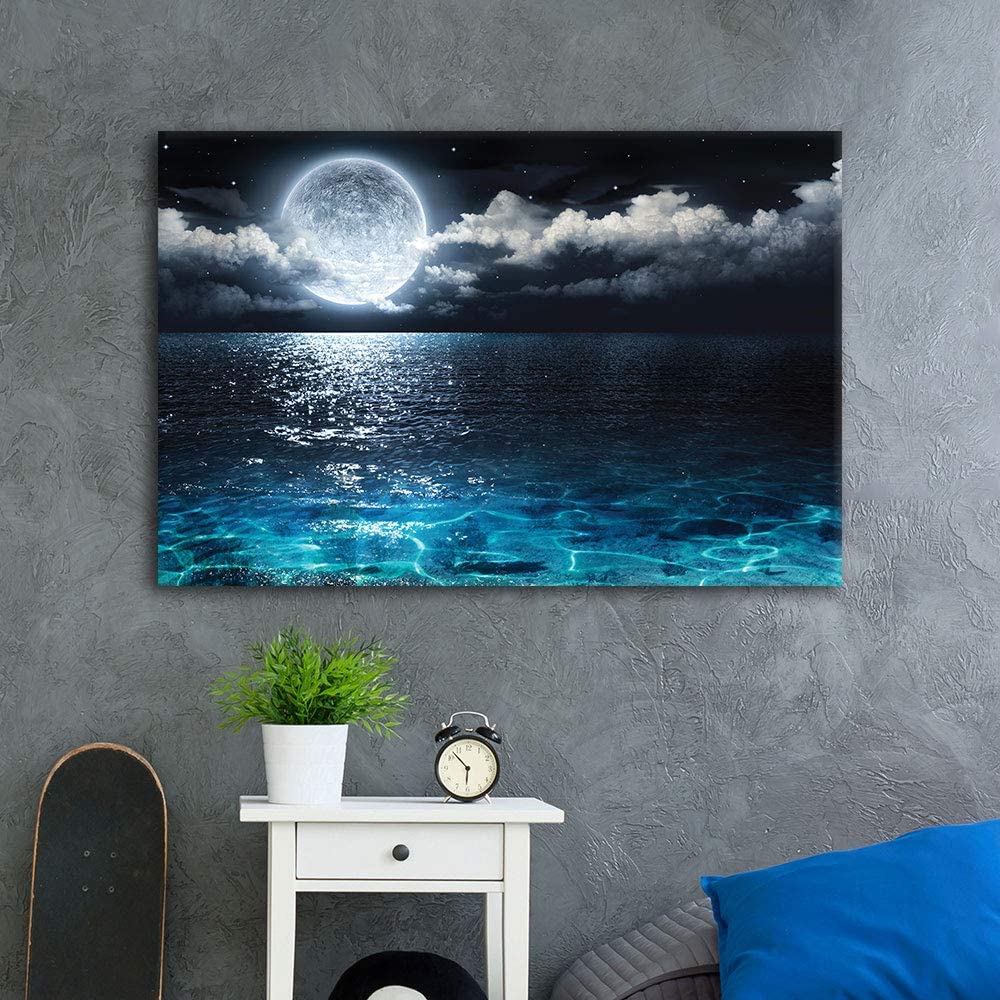 The moon shares a special relationship with the ocean. If you stay at a distance that is high enough, you will be able to see the moon’s reflection from the ocean and appreciate the celestial body in all of its majesties.

Of course, there is also the scientific relationship between the two bodies. Along with the sun, the moon provides a gravitational pull on the ocean — a phenomenon that causes bulges in the water and leads to a continuous change in the tide. While the moon and the sun have both effects, the moon is more pronounced.

Whether you’re a fan of science or your just love the dance between these two bodies, this painting here provides a solid representation of your affinity. 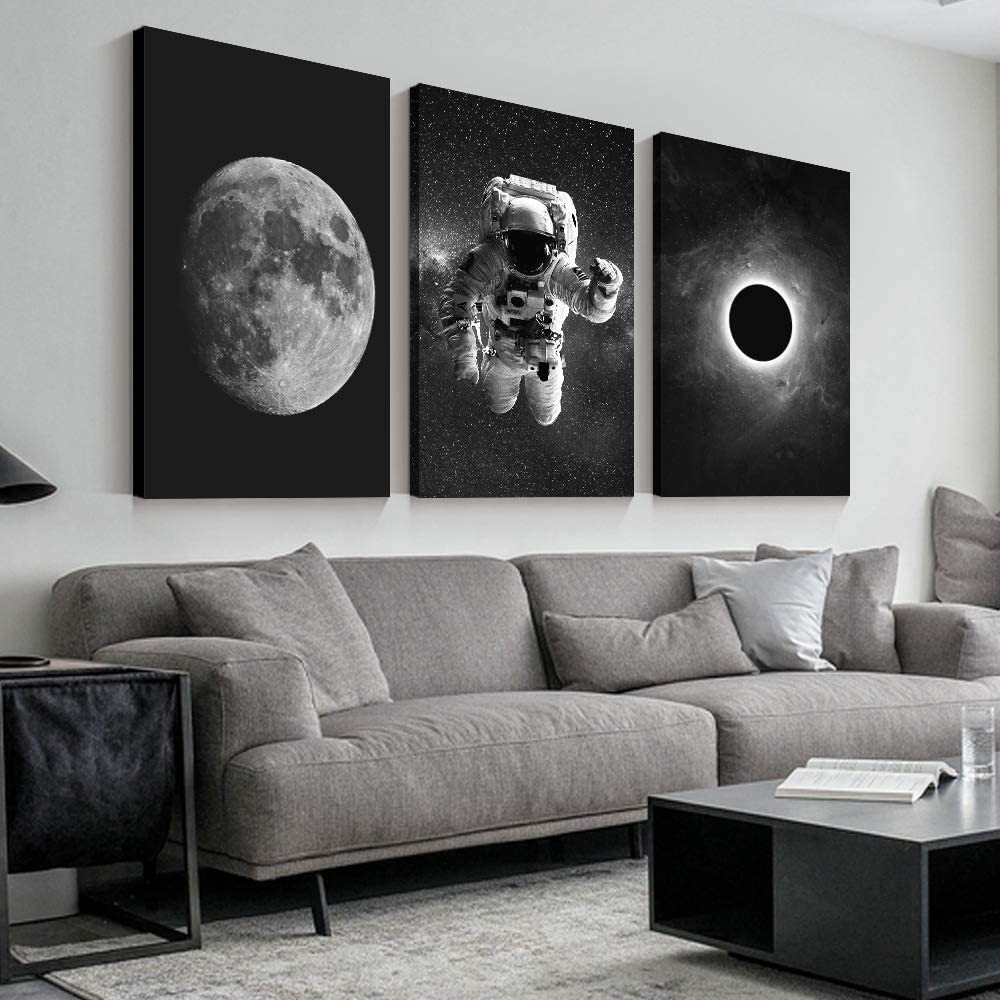 We all know where the moon is — in space. Given its distance and mystery, the moon has fascinated humans for generations. Astrologers and scientists of the medieval times wrote and hypothesized about the moon and what it would look like, as well as how grand it could actually be.

Then, the impossible happened in the ‘60s and the world was finally able to put a man on the moon. Suddenly, a feat that seemed like an impossibility became possible. Since then, it has been one moon landing after another for mankind.

Of all moon decoration ideas, this picture pays the most perfect homage to that astounding feet. It is a reflection of mankind’s quest for knowledge and determination to do the impossible. 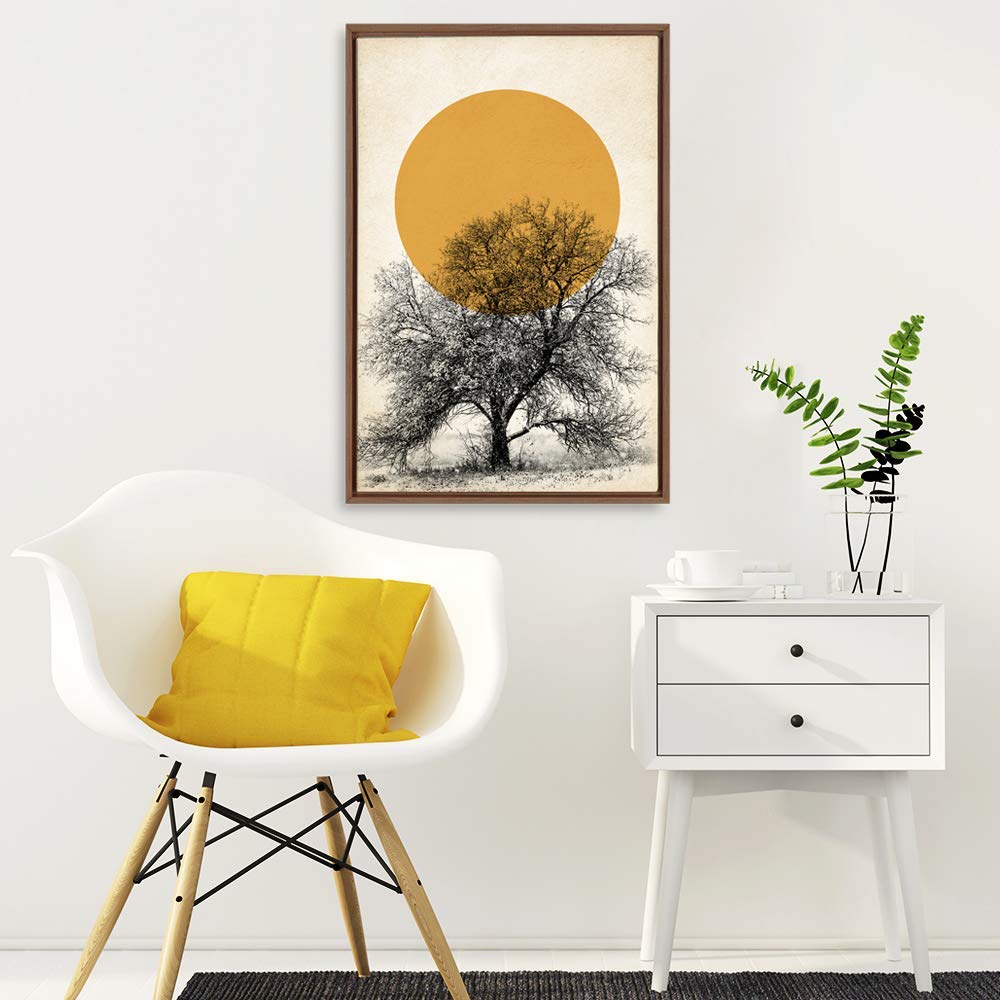 The moon and the forest have always had a somewhat special relationship. Whether you’re a sucker for the scary movies or you get fascinated by nature, you know that the wild is a much different place once it is night.

When darkness calls, the moon becomes the one and only source of light in the forest — a reminder that no matter what, it is almost impossible to snuff out its gaze. Anything could happen at night in the forest, but it all goes down under the watchful eye of the moon.

You can check out some other moon decoration ideas that depict the forest and the moon’s dynamic, of course 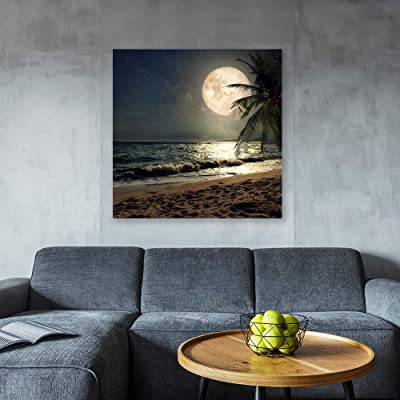 Like the second picture, this is another top choice amongst moon decoration ideas that celebrate the unique effect that the moon has on the ocean. Waves rock from side to side because of the gravitational pull of the moon, and the moon casts a beautiful shadow in the ocean when you’re looking at things from the perfect angle.

However, like the picture above, the moon also has a striking illuminating force on the ocean. All you have to do is travel to the beach at night to see it. The luminous power of the moon is more than enough to light up the ocean in a way that nothing can. 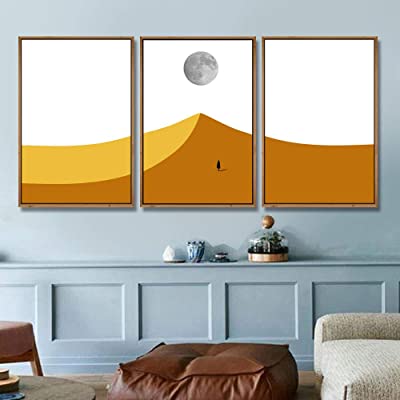 This picture depicts a simple and idealistic view of the moon from a desert. While it’s not entirely what you will associate with the moon, the desert is a natural body — thus, it has a bit of a special link with the moon as well.

The moon decorations also have an interesting appeal, particularly because of the cartoonish nature. Animations are usually the most appealing way to put an amusing spin on a concept, and the picture manages to pull that off quite nicely. 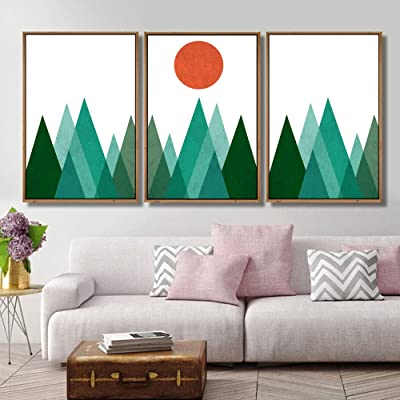 Like every other picture in this article, this one also represents the beautiful relationship between the moon and the natural world. This time, it’s the forest. As explained earlier, the forest and the moon has a luminous relationship. The moon lights everywhere up and makes the woods glow at night — something you’ll love when camping.

However, this portrait takes things a bit more animated. Users will love its modern and minimalistic view, which fits perfectly into the décor of any modern building. There’s just so much to appreciate here. 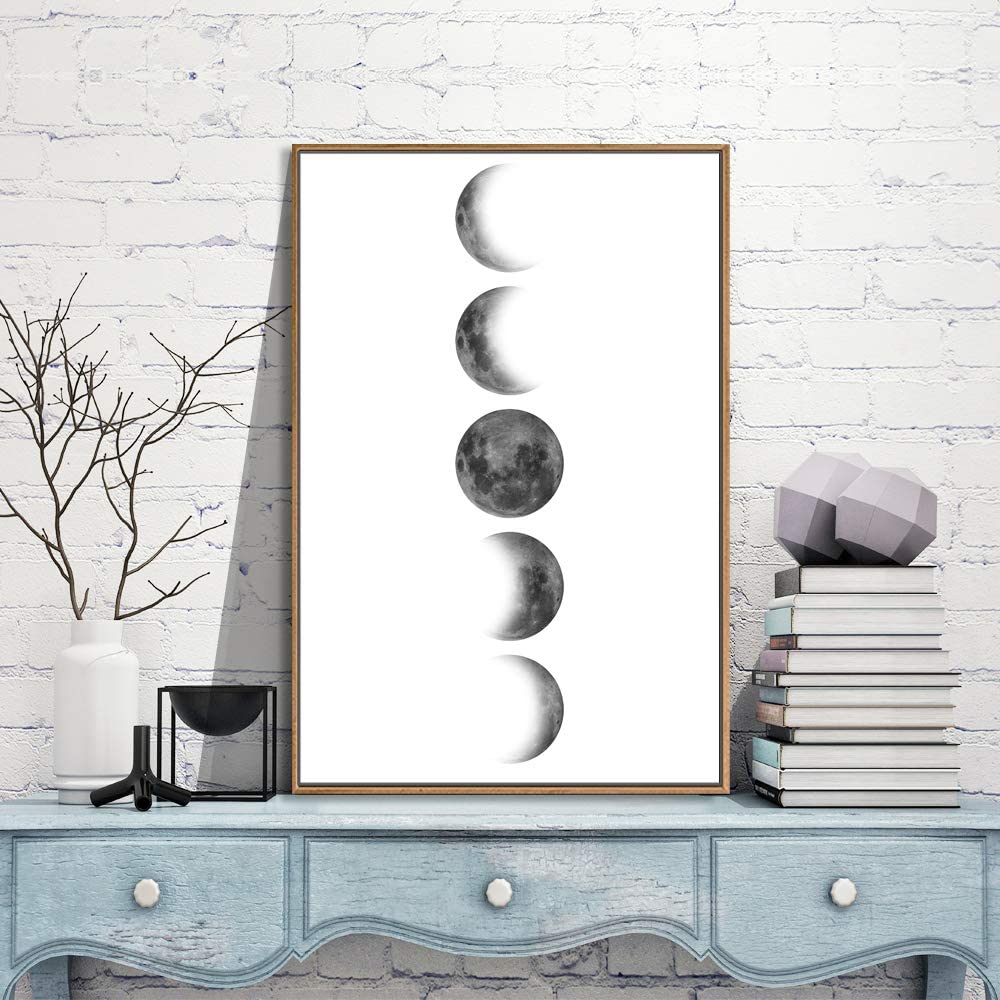 If you’re a lover of abstract and minimalist art, then there’s no doubt that you’ll love this one right here. This one goes a bit different from the moon decoration ideas that depict the moon and the forest. It takes different views of the moon and harnesses what we humans see at different times of the month. You’ve got the half-moon and the crescent at one end, with each end showing the moon in light or dark view.

Then, at the center of it all is the full moon. Pitch black and thick, this painting is the perfect choice for the lover of understated, highly reflective art.

The portrait is perfect for modern living rooms, as well as art exhibitions and other areas of the house. 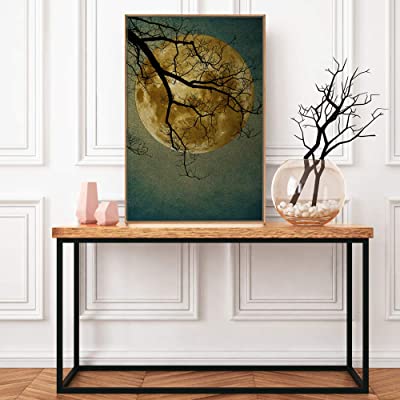 This portrait is a darker, grimmer reflection of the forest and the moonlight. If you’ve seen any scary movies — or perhaps Michael Jackson’s iconic “thriller” video — then you will love how the portrait looks.

It gives the view of the forest at a full moon, complete with a tree branch that highlights the celestial body and glistens in its light. Modern homes will definitely get a kick out of this portrait, as will people who have a fine appreciation of real art.

Note, however, that it goes best in homes that have themes to their paintings. A real collector will be able to see that this painting deserves a pair or two to make it shine. 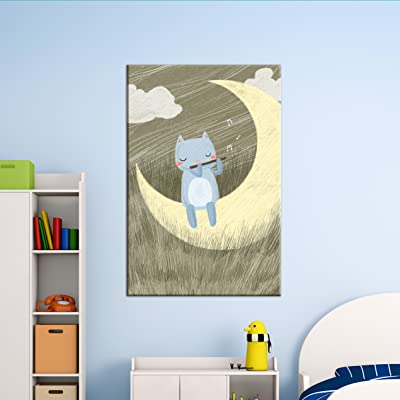 If you have any children who are fans of celestial bodies and the moon, in particular, you will definitely want to get this one for them.

The portrait takes the moon and casts it in an animated light, complete with a cartoon character who sits on it and plays the flute. It is the perfect companion for your little one, although it works perfectly as a standalone piece in your living room as well.