Watermelon Wall Art Facts That Will Make Your Mouth Water! 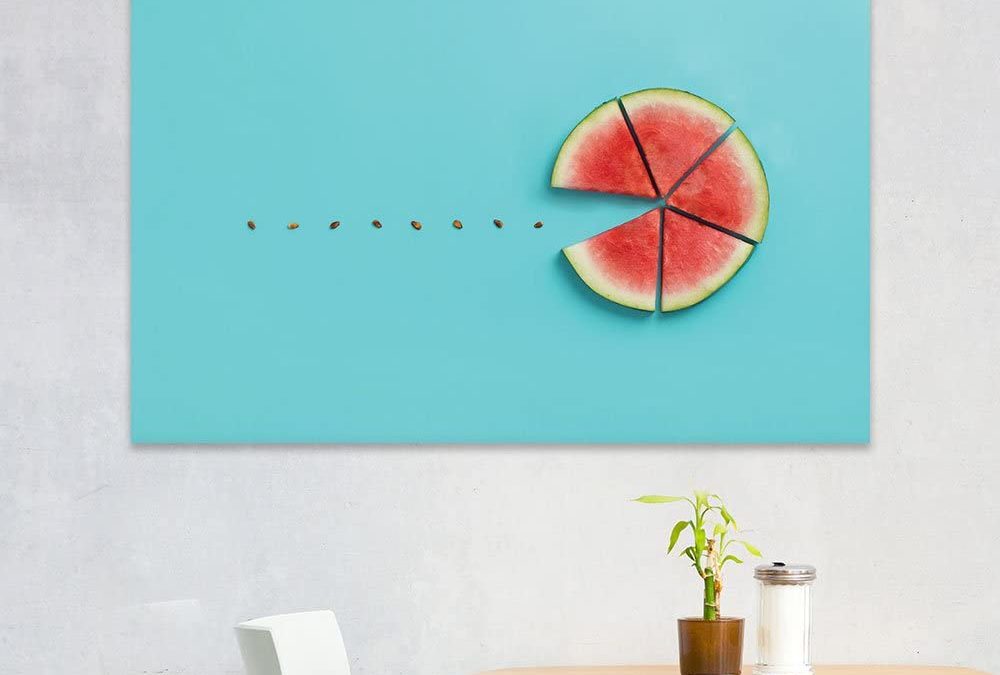 What is your favorite fruit? Some love the sweet taste and crisp texture of apples. Others love the deep, flavorful citrus juice found in grapefruit and oranges! Others love the mild taste of bananas. Some people want to have their taste buds explode with the sharp flavors of pineapple! For us, nothing is more refreshing and tasty than the delectable watermelon. Know for its signature seeded, red-flesh interior and striped green exterior, the whole world has fallen in love with this fruit! Want to know more about watermelons? Read here for watermelon wall art facts! 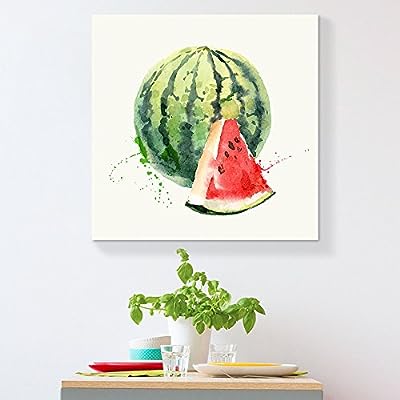 Due to their taste, watermelons are usually considered as a fruit. Originating from flowers that were pollinated by bees, watermelon actually does grow like fruit. From a botanical view as well, watermelons are fruits because they contain seeds. Many gardeners and farmers, however, think of them as vegetables since they grow them in gardens amongst other summer-growing vegetables like corn or snap peas. In addition, watermelon belongs to the gourd family, which contains vegetables like squash and pumpkin. Read below for more watermelon wall art facts. 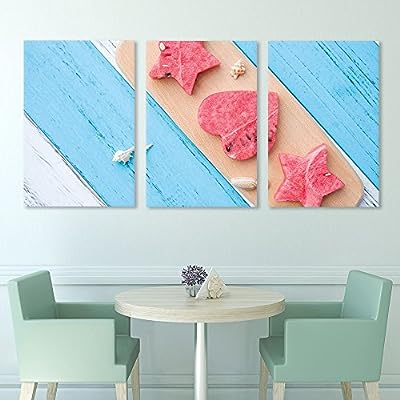 When you see a watermelon, you’re usually most excited to consume the delectable red flesh, right? Did you know that the entire watermelon is actually edible? That’s right, even the striped green exterior rind is edible! It’s even full of tons of nutrients with amazing health benefits. In Asia, specifically China, watermelon rinds are cut into pieces and stir fried or stewed to make them easier to chew. In southern states in America, these rinds are often pickled like cucumbers and pig’s feet. Across the Middle East, watermelon seeds are dried and roasted as a snack! Read below for more watermelon wall art facts. 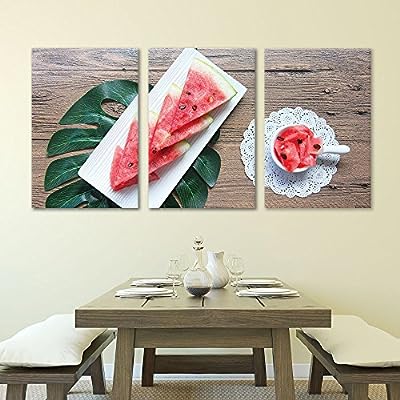 Did you know that watermelons come in 1,200 different varieties? If you would like to make that classification easier to understand, then watermelons can be grouped into four distinct categories. That is: seeded, seedless, icebox, and yellow. One of the most popular varieties that isn’t often seen is the Crimson Sweet watermelon. This watermelon is seeded and has a dark, red flesh that is even sweeter than watermelons usually are. Some other unique types are the Golden Midget, which has a rind that turns yellow when ripe and the Cream of Saskatchewan, which has white flesh! Read below for more watermelon wall art facts. 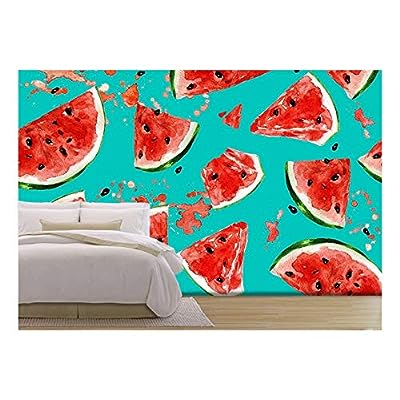 Did you know that not all watermelons are round? In Japan, farmers have been growing cube-shaped watermelons for over 40 years! Wondering how? They’re forced into a square shaped by growing them in box-shaped braces that mold the outer rind. When the watermelon fills the cube completely, it is picked even if it isn’t yet ripe. These unripe watermelons are sold for prices that can reach upward of $100! Yes, people pay that much for unripe melons! Wondering what inspired them to do this in the first place? Japanese people were interested in changing the shape of the watermelon so that it would fit more compactly in a normal-sized refrigerator! Also, the cube isn’t the only watermelon shape made in Japan. Hearts and pyramids are also popular today! Read below for more watermelon wall art facts. 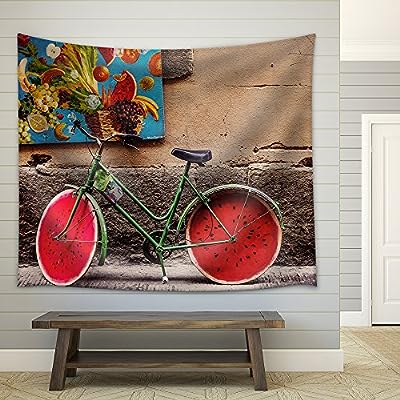 Watermelons have a long history in the United States, especially in areas where they were grown like in the southern states. One family in South Carolina has kept a specific variety in tact for nearly 100 years! A Bradford variety that is even sweeter than usual was created by farmer Nathaniel Napoleon Bradford in South Carolina in 1840s. It’s soft skin made it difficult to ship, which made it pretty much impossible to sell to people at a distance. It did not die out completely due to its lack of commercial viability, thankfully. This variety was kept alive by the family, and is now being sold again!

Now that you know so much about watermelons, what are you going to do now. Since they’re grown year round and are thus available all around the world, why not try to pick one up from the market? Try grilling watermelon for an interesting take on the fruit. Maybe you could even dice them and put them into a fruit bowl with an assortment of others tropical fruits? Perhaps you just like yours cut into large wedges. Whatever you do, we hope you learned something today! Thanks for reading these watermelon wall art facts!